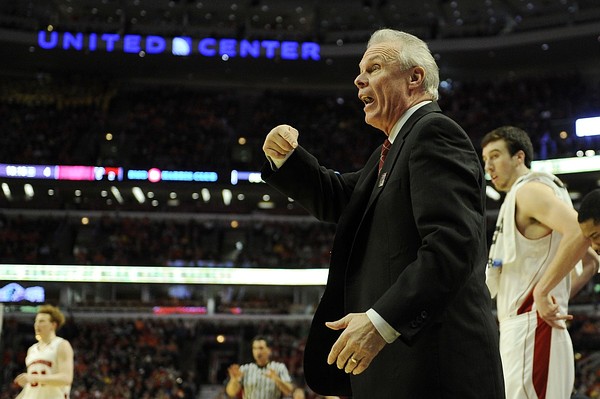 The Badgers were able to dictate the pace, playing a low-scoring, grind-it-out affair. Michigan? It wanted to play this game in the 70s or 80s-but it never was able to get on track with its array of high-flying perimeter talent. Wisconsin shot just 38 percent but hit eight 3-pointers to Michigan?s three.

Read more about this game below:

Key moment: A layup by Trey Burke cut Wisconsin?s lead to 56-54 with 3:35 to go after the Badgers had led by as many as 11 in the second half. But Wisconsin reasserted control down the stretch, outscoring the Wolverines 12-5.

Key number: 16-of-21, Wisconsin from the free-throw line. That?s 76 percent. Not bad for a team that had struggled from the charity stripe most of the season. The Badgers entered the tourney last in the Big Ten in free-throw percentage (63).

What?s next: Wisconsin will meet No. 1 Indiana for a shot at playing in the Big Ten title game. The teams played just once this season, with the Badgers winning in Bloomington, 64-59. Wisconsin has won 11 in a row over Indiana. That, of course, means Tom Crean has yet to beat Badger Zen Master Bo Ryan, the 2013 Big Ten Coach of the Year.