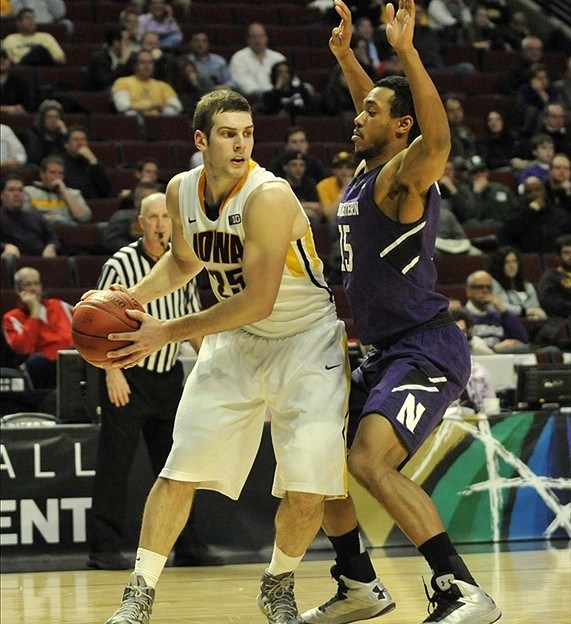 This was no shock, as Iowa was expected to take care of business vs. the Wildcats. And, it did with efficiency. The Hawkeyes overwhelmed an undermanned Northwestern team with a balanced attack. This is a team on a mission, as Iowa fights for its first NCAA bid since 2006.  The Hawkeyes have won three in a row and four of five.

Key moment: The Hawkeyes raced out to an 11-0 start at the 13:05 mark to start the game. From there, it basically was over. Iowa came at Northwestern in waves, as three players finished in double-figures: Roy Devyn Marble with 18; Mike Gesell 11; Melsahn Basabe 10.

Key number: 44, rebounds for Iowa. Northwestern had just 27. That dominance on the glass led to myriad second-chance opportunities for the Hawkeyes, who had 16 offensive boards. And they often cashed in vs. a Wildcats squad that lacks rebounding strength, getting 62 shots to Northwestern?s 49.

What?s next: Iowa will play No. 3 seed Michigan State on Friday. The Spartans won the lone meeting this season, prevailing, 62-59, in Iowa City. Keith Appling put the game away for the Spartans with four late free throws. It was one of several narrow losses that Iowa experienced, putting them in this precious position on the NCAA bubble.