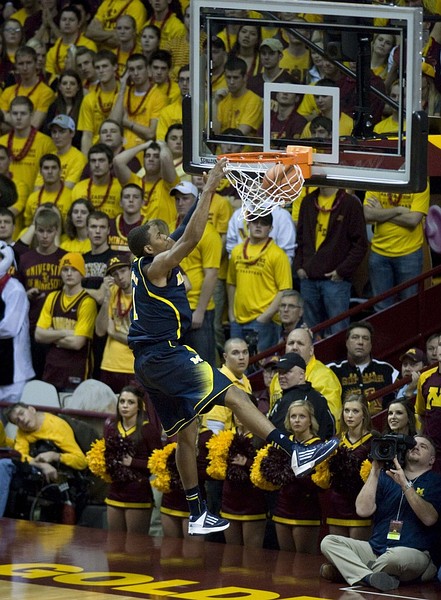 With the 2013 Big Ten tourney bracket set, it's time to unveil BTN.com's 2012-13 Dunk of the Year bracket. The bracket includes one dunk from every Big Ten team, which fans decided via polls, and it's seeded in accordance with this year's Big Ten tourney. Once again, fans will vote on each matchup until a dunk is crowned Sunday. Hop on in and vote for all of the Round 1 winners.

A.J. Hammons athletic And-1 vs. Indiana:

Eric May athletic And-1 vs. Coppin State: