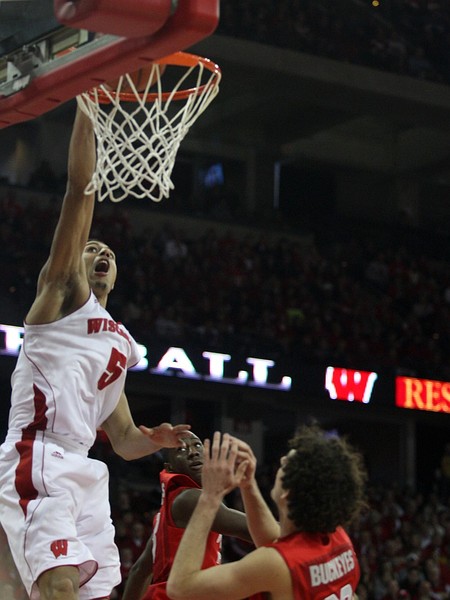 The Big Ten tournament bracket comes out Sunday night. Here at BTN.com, we're trying something new around the release of the bracket that we hope Big Ten fans enjoy. It's a bracket with 12 slots that features each team's best dunk from the 2012-13 season.

Watch Wisconsin's dunk of the year candidates in this post and vote for the slam that will represent the Badgers in our new tournament.

[ RELATED: Vote for other teams' Dunk of the Year ]

Here's how it works:

Mike Bruesewitz drives for And-1 dunk at Nebraska: