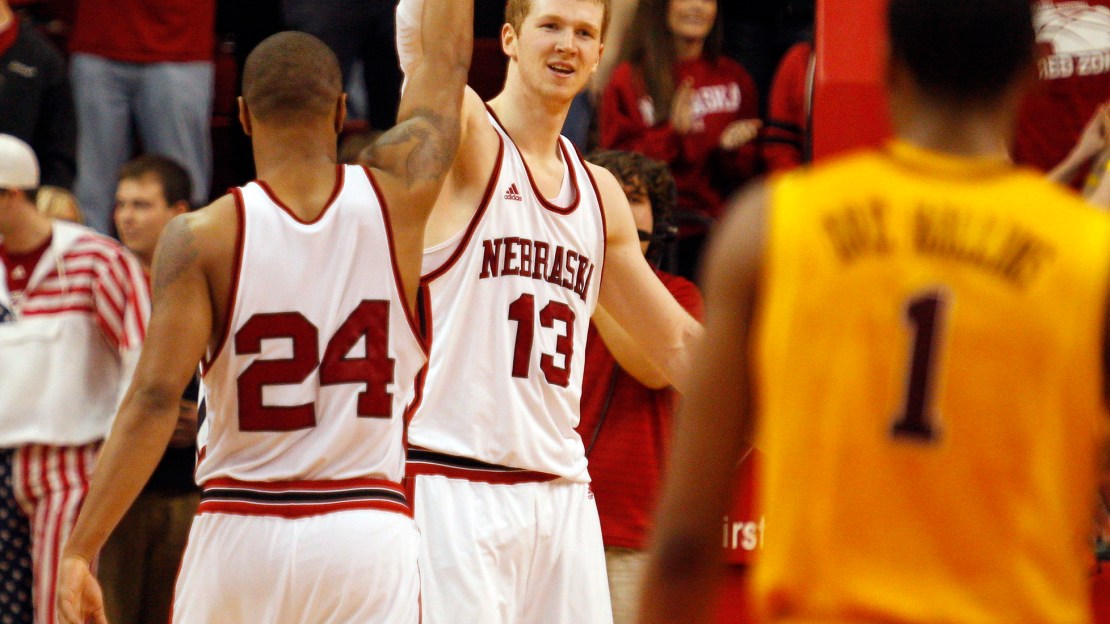 The Cornhuskers (14-16, 5-12 Big Ten) never trailed, and Nebraska students stormed the court to celebrate the victory over the team that upset then-No. 1 Indiana just last week.

Brandon Ubel drives for And-1:

Trevor Mbakwe drives for the layup:

Nebraska honored its seniors before the game:

FINAL: Brandon Ubel scored 15 points, grabbed five rebounds and handed out four assists to lead Nebraska to a 53-51 win over Minnesota on Wednesday in the final game at Bob Devaney Sports Center. Minnesota (20-10) struggled shooting the ball in the game, going 39 percent from the field (19-of-49) and 50 percent from the free-throw line (10-of-20). Nebraska (14-16) had trouble finding its touch, as well, shooting just 35 percent (16-of-46) from the field. The Cornhuskers also got a double-digit effort from Dylan Talley (12 points). Trevor Mbakwe scored 15 points, yanked down seven rebounds, and knocked down 6-of-9 shot attempts for Minnesota in the game.

HALFTIME: Nebraska leads 23-21 over Minnesota at the half thanks to solid production from Shavon Shields, who has seven points and two rebounds. The Cornhuskers never trailed and led by as many as five points in the first half of their final game at the Devaney Center. Nebraska has been effective inside, making 7-of-13 two-point field goals, but it has struggled on the perimeter, shooting 2-for-12 from three-point range. Elliott Eliason scored seven points and grabbed three rebounds to lead the way for the Golden Gophers, who have received zero points from leading scorer Andre Hollins.