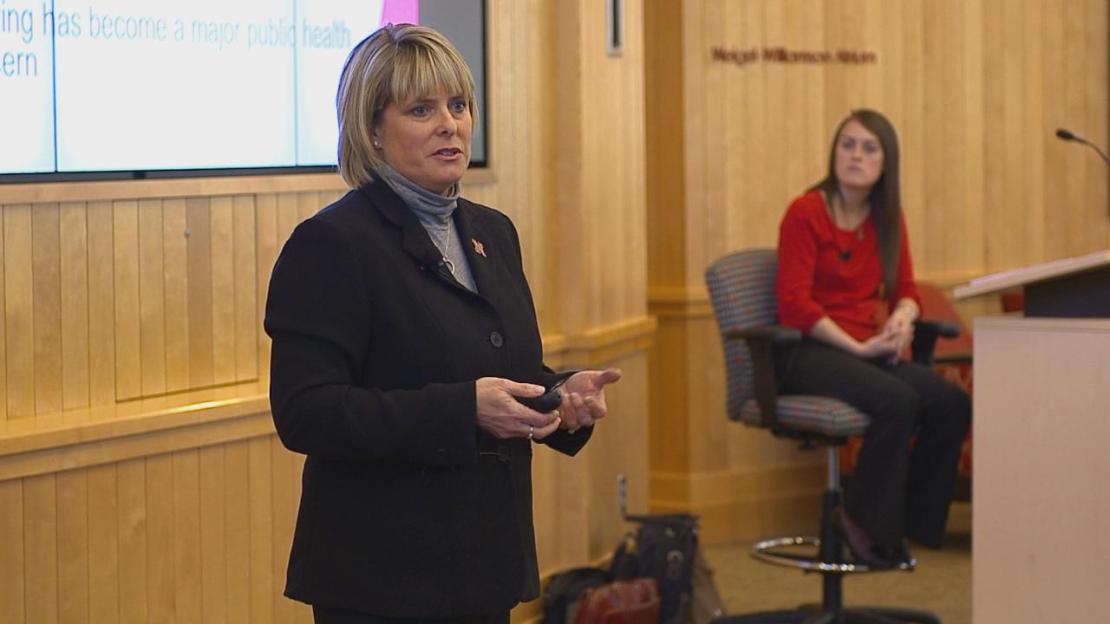 BTN?s new series, BTN LiveBIG, continues Wednesday following the Minnesota at Nebraska men?s basketball game, with stories about a Nebraska research initiative to help reduce the number of traumatic brain injuries suffered by soldiers and a professor leading the way in the fight against bullying in schools. The episode will air at 11 p.m. CT Wednesday.

Viewers will get a look at how Nebraska?s Trauma Mechanics Research Initiative (TMRI) is working to reduce the amount of traumatic brain injuries of soldiers caused by Improvised Explosive Devices (IEDs). At least 20 percent of wounded U.S. soldiers from Iraq and Afghanistan have suffered traumatic brain injuries, many from IEDs. Researchers at TMRI are replicating IED blasts to better understand how traumatic brain injuries are caused. Eventually, the team hopes to create new helmets and body armor, made with better materials and a stronger structure, for the next generation of soldiers.

The episode will also feature University of Nebraska Professor of Educational Psychology Susan Swearer, who is studying the epidemic of bullying and the consequences it has on both its victims and their abusers. Nebraska researchers, led by Swearer, have been working on the Target Bullying Intervention Program, designed to work with kids one on one who are bullying others and help teach them alternative ways of interacting. The program has become the national model to help prevent bullying in schools.

Viewers will also learn about TeamMates, the youth mentorship program created by recently retired Nebraska Athletic Director and former Head Football Coach Tom Osborne. The program?s mission is to inspire youth to pursue education after high school to reach their full potential. The TeamMates Mentoring Program currently provides a mentor for more than 5,000 youth across Nebraska, Iowa and California. Also in the show, Nebraska Head Basketball Coach Tim Miles explains how proud he is to be associated with the University of Nebraska.

Information and clips of previously aired BTN LiveB1G episodes can be found at BTNLiveB1G.com.

BTN LiveBIG is the second BTN collaborative campus program series produced in conjunction with the Big Ten Conference and its 12 universities. The first was 2012?s Impact the World. Since the network launched in 2007, BTN has aired programs produced from each Big Ten university under the University Showcase heading. BTN is co-producing the series with Chicago-based TeamWorks Media, a creative content company that specializes in producing inspirational stories that also produced Impact.