Did You See This? Evans' new jump-shot free throw 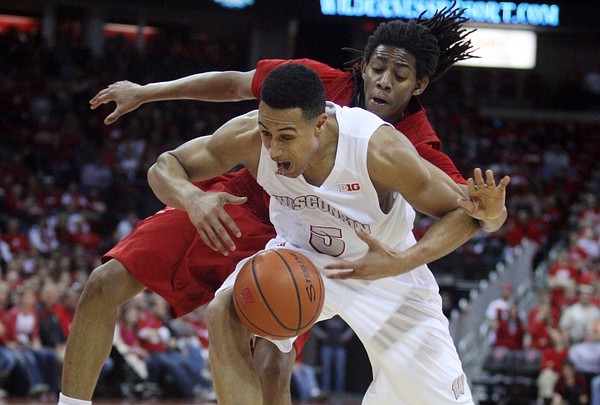 Ryan Evans finally caved. Mired in a season-long slump at the free-throw line (41 percent), the Wisconsin senior decided to address his struggles Tuesday night. As reports suggested leading up to the game, Evans fired up jump shots on his free throw attempts in the team's rout of Nebraska. And he made both attempts. Watch Evans' new form now.

That's a rare, rare sight, to say the least. It looks like Evans has some work to do before he perfects the routine, though, because he was awfully close to committing a violation on the first attempt.

Whatever, it wasn't called.

The real story here is that Evans attempted this in a game. Honestly, how refreshing is it to see a player do whatever it takes to minimize the ?free? points he?s costing his team? Other players should consider doing something similar, as well, however they probably don't want the bruised ego or inevitable jokes from teammates, opponents, fans and media that comes with it.

And don't think this is a one-time thing, either. Here's what Evans told reporters after the game: ?Well it worked tonight, so I?m going to keep it going.?

Here's Evans' second freebie, once again part of an And-1: