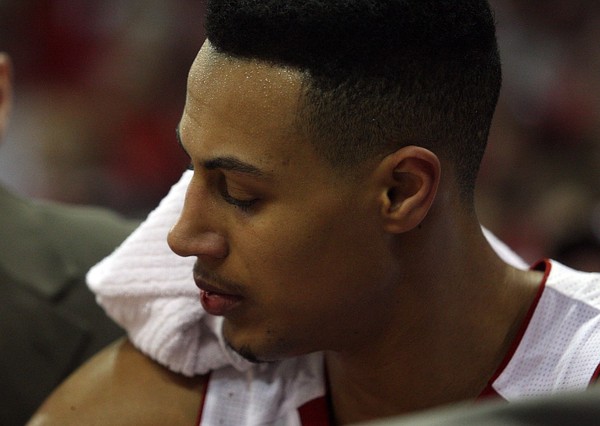 Ryan Evans, a 71 percent free-throw shooter entering the season, is considering making a drastic change to his approach at the charity stripe. It's funny what a surprisingly low and unexpected 40.5 percent clip will make a player consider, huh? In Evans' case, he's toying with the idea of turning free throws into uncontested jump shots.

During Sunday's practice, in fact, the senior forward practiced taking the ball a step behind the free-throw line and throwing up a jumper.

"He shot it well that way," Bo Ryan said, according to @BadgerMBB. "He feels it's the best way to make it. Whatever works, as long as he believes it"

Regardless of whether Evans carries it over into a game, it's refreshing to see a player be this proactive and determined to figure out a way to stop costing his team "free" points.

Find out if Evans mixes it up at 9 p.m. ET Tuesday on BTN/BTN2Go.