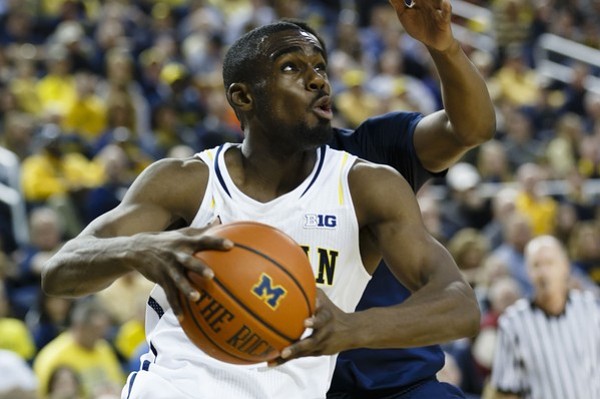 Time for me to reach into my mailbag. Many comments on the post last week that ranked the football/basketball coaching combinations in the Big Ten. It seems many of you disagreed with my order!

No problem. Division realignment remains a hot topic, as you will see. One reader has an especially outside-the-box notion. So, read on and enjoy.

Why not expand the Big Ten to 18 teams and structure three divisions each with six teams each? Controversy may arise when determining which division champions would meet in the conference championship game. But clever tiebreakers can be arranged. Such tiebreakers can be arranged by having pairs of teams play the same pairs of teams from other divisions with two crossover games among the other two divisions. This effectively creates three temporary six-team ?out-of-division? pods that rotate every two years during a six-year period. Thus, one tiebreaker could be to win both the pod and the division. – Radi

I have never heard a proposal like this, but your idea raises some interesting possibilities. But I think decision-makers feel 16 teams are as big as they want to go with conferences for a number of reasons. And I, like most people, think the Big Ten will eventually get to 16 teams, along with the SEC, Pac-12 and Big 12. The ACC and Big East may end up forming some type of alliance. Who knows? Stay tuned.

What do you think the chances are for another B1G expansion before the football season begins? – Tommy

I don?t think we?ll see anything that quickly. But, we possibly could. The key, I think, to the next round of moves hinges on when Maryland hears back from the ACC on the $50 million exit fee the school owes for leaving. If Maryland can get the sum reduced, I think that will be the green light for other ACC schools possibly to bolt. Many speculate the Big Ten could target North Carolina, Georgia Tech or Virginia. The SEC could go after N.C. State and Virginia Tech. Some tell me the SEC would like to strengthen its basketball brand and would push for North Carolina and Duke. The Big 12 could go after Clemson and Florida State. What would happen to the ACC if all of those schools left? And remember: Notre Dame recently formed an alliance with the ACC for all of its sports but football.

I saw your ranking of Big Ten schools by coaching tandems. And it seems like your ranking was based on reputation rather than actual accomplishments at their present schools. That being said, I'd put Michigan State at No. 1. Wisconsin, OSU and Michigan all have fairly new football coaches, so the jury remains out on them. – John Fischer

Well, reputation is all I have to go on for some coaches, since they haven?t been at their current schools for very long. So, I am not supposed to consider-for instance-Urban Meyer?s track record at Bowling Green, Utah and Florida when ranking him at Ohio State? Seems absurd. I also looked at potential and current mojo in making my rankings.

How does Wisconsin rank that high in your coaching combo rankings? Their football coach hasn?t coached in a Big Ten game. And Iowa behind Indiana doesn?t work, either. Kirk Ferentz has more Big Ten championships than Tom Crean and Fran McCaffrey has his basketball team ahead of Indiana football. Minnesota should be at the bottom. It underachieves at both sports. – Brad

I considered accomplishments and potential when doing my rankings. Gary Andersen did a great job at Utah State, a school that isn?t blessed with a lot of built-in advantages. And he?s a coach on the rise. You make a good case on Indiana being ahead of Iowa, but the Hawkeye football team is slumping while the Hoosiers are rising. But I disagree on Minnesota. Yes, the results of late have been tough, but Jerry Kill is a proven coach whose program is on the up-tick. And remember: Tubby Smith won a national title at Kentucky and had the Gophers in the Top 10 earlier this season.

I don't believe Penn State should be No. 11. Bill O'Brien, in my opinion, is No. 2 behind Urban Meyer. Penn State basketball is on the way up and I believe Pat Chambers is a really good coach and things are looking up with the next class of recruits. – Joe Nowogorski

O?Brien has coached ONE season-at any level. That?s it. No way can you put him at No. 2 in the Big Ten. I agree on Chambers. I, too, think he?s a heck of coach who has the program pointed up. Who knows: The Nittany Lions may have made a legit tourney run if Tim Frazier had not gotten hurt. A bid to the Big Dance may happen next season.

In the future, could you see the Big Ten men's basketball tournament played in New York at Madison Square Garden or the Barclays Center, since the Big Ten wants to establish that market? – J.C.

I am sure the Big Ten will consider it. The conference will open an office in New York City in the near future to establish a presence in the East, where it has a burgeoning foothold with Rutgers and Maryland joining for 2014. And having some events in the metro area is almost a must to further establish the Big Ten in the area. The men?s hoop tourney is a natural for either of the venues you mentioned. And there could be an early-season football game in MetLife Stadium, too. I also have heard talk about maybe playing football games in Baltimore (M&T Stadium) and Washington (FedEx Field). Anything to enhance the Big Ten brand in the heavily populated Eastern corridor.

Is there too much emphasis placed on NCAA tournament results in college basketball, and does this discredit the strength of a league? For example, what if all but one of the Big Ten schools is knocked out by the Sweet 16? That doesn't mean the Big Ten is bad, right? – Jonathan

The NCAA tourney is the ultimate measuring stick for schools and leagues-like it or not. It?s like the bowl games in football. What else do we have that?s a better litmus test? It?s best vs. best late in the season when schools should be playing their best. Can results be over emphasized-good and bad? Yes, but that?s the nature of the NCAA tourney and bowl games. It?s time for the Big Ten to deliver in the Big Dance, as no school has won a national title since Michigan State in 1999-2000.