Super Seven: And my top Big Ten seniors are … 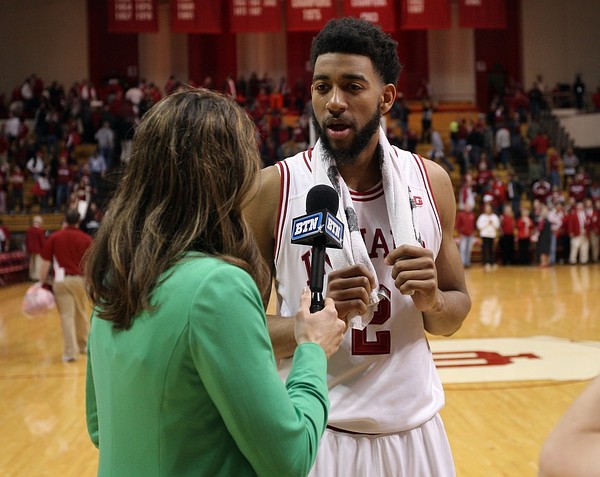 Seniors in college basketball-good seniors–often times are a rare breed. If a player is really good, he?ll often leave early for the pros before his senior season. Still, a senior is a senior, and most any coach would love to have the experience and savvy they bring to a roster.

That know-how is invaluable to any team during its pursuit of a league title and March Madness run. And the Big Ten is loaded with many good seniors in 2012-13.

In fact, many top ones didn?t make this list, including Indiana?s Jordan Hulls, Minnesota?s Rodney Williams, Purdue?s D.J. Byrd and Wisconsin?s Ryan Evans and Mike Bruesewitz. And Northwestern?s Drew Crawford is excluded because of a season-ending injury.

Here?s my look at the seven best seniors in the Big Ten, proving top-notch seniors haven't gone the way of the dodo bird.

1. Brandon Paul, G, Illinois. Tough, talented and strong, Paul is the No. 4 scorer in the Big Ten. He is a deadly shooter who is capable of carrying the Illini with a hot hand. Remember his 43-point game vs. Ohio State last season? But it?s his improved defense that recently has turned heads. Stat line: 16.4 ppg; 4.4 rpg; 2.9 apg

2. Christian Watford, F, Indiana. At 6-9, Watford is a unique weapon who is a mismatch for most any team. And he?s also the Hoosiers? X-factor. If Watford is dialed in, motivated and playing hard, Indiana is the best team in the nation. No player is better at trailing a fast break and draining a three-pointer. Watford could stand to be more tough and intense, while honing his game on the blocks. Still, he?s a special athlete whose combination of size and shooting is unmatched in the Big Ten. Stat line: 13.1 ppg; 6.6 rpg; 1.0 apg

3. Derrick Nix, C, Michigan State. The 6-9, 270-pound Nix has overhauled his body since arriving in East Lansing weighing well over 300 pounds. He is a massive presence in the paint who has a soft touch around the basket, can run the floor and bang down low. Nix is unstoppable-when he wants to be, as was the case late in the Indiana game on Tuesday. Stat line: 9.4 ppg; 6.4 rpg; 1.4 apg

4. Trevor Mbakwe, F/C, Minnesota. He?s actually a grad student, having been on campus since 2007-08. After missing most of last season with a knee injury, Mbakwe is enjoying a strong final campaign with the Gophers, displaying his usual grit and muscle inside. He just needs to get more touches. Stat line: 9.7 ppg; 8.6 rpg; 1.1 apg

5. Jared Berggren, F/C, Wisconsin. A grad student, the 6-10 Berggren has underrated athletic skills. Did you see his dunk down the lane late in the win over Michigan? A sweet-shooing big man with a high basketball IQ, Berggren has struggled with his shot but seems to have re-discovered his touch. Stat line: 11.8 ppg; 6.9 rpg; 0.9 apg.

6. D.J. Richardson, G, Illinois. He is playing at a high level, showing how explosive he can be by scoring 23 points in that upset of No. 1 Indiana last week. Earlier this season, he tallied 30 in a win at Nebraska. Richardson is a terrific athlete who can shoot or beat foes off the bounce. And he plays with pride. Stat line: 12.7 ppg; 4.3 apg; 1.6 apg

7. Reggie Hearn, Northwestern. A former walk-on, Hearn has emerged as the Wildcats? top player and leader. He has a deft touch from the perimeter and the ability to beat opponents off the dribble. With the injury bug biting Northwestern, Hearn will need to keep playing at a high level if the Wildcats harbor NIT hopes. Stat line: 14.0 ppg; 4.4 rpg; 1.4 apg