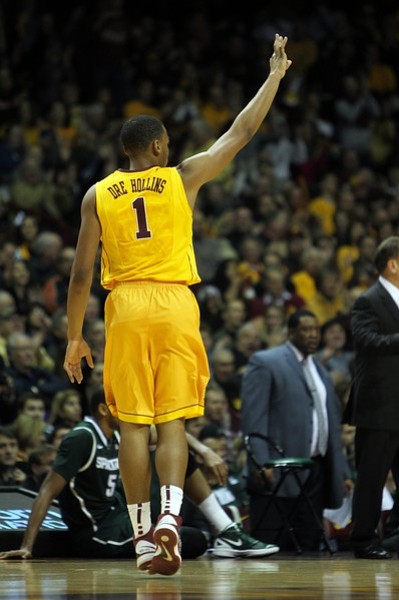 It?s time to check the mock brackets to see how the Big Ten rates for March Madness. The league holds steady with seven bids; the Big East also has seven in each bracket and as many as eight in some.

The big change from last week is the ascension of Michigan State to a No. 1 seed in some brackets following its big win last week over Michigan, which was a No. 1 seed. The Spartans have won 11 of their last 12 games. The lone loss in that stretch was 75-70 at Indiana.

ESPN.com is the lone bracket with just one Big Ten squad as a No. 1 seed: Indiana, a No. 1 across the board and winners of eight of nine. The Spartans are a No. 1 in three brackets.

Michigan is a No. 2 in all four brackets I checked this week. But it has time to rise, with home games left vs. Illinois, Michigan State and Indiana. The Wolverines are 3-4 on the road in Big Ten action.

Winners of four of five, Wisconsin is a consensus No. 5 seed; Minnesota-losers of three of four–is a No. 5 in two brackets and a No. 6 in two; Ohio State, which has lost three of four, is as low as a No. 7 and as high as a No. 4.

No team has a wider range than Illinois, which is a No. 6 in three brackets and a No. 10 in another as it rides a four-game winning streak.

There?s still a chance for Iowa to make the field for the first time since 2006. But the Hawkeyes likely need to finish 10-8 in the Big Ten and win a game in the league tourney. Iowa is 6-7 in Big Ten action.

[RELATED: Enter to win the Buffalo Wild Wings Trip to the Tourney Sweepstakes. ]