No. 13 Buckeyes hold on to beat Wildcats 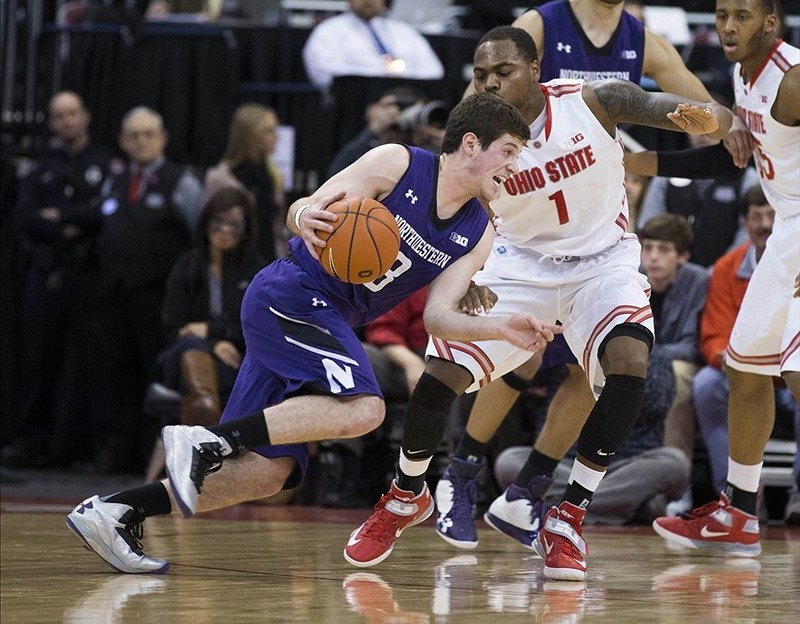 Deshaun Thomas scored 22 points and No. 13 Ohio State used a late 12-0 run to beat Northwestern 69-59 on Thursday night, the Buckeyes' 32nd consecutive home win against the Wildcats. Lenzelle Smith Jr. added 12 points – all in the first half – with Sam Thompson adding 11 and Amir Williams a career-high 10 for the Buckeyes (18-6, 8-4 Big Ten).

Pesky Northwestern (13-12, 4-8) led throughout the second half despite having only seven scholarship players due to injuries.

Reggie Hearn drives but the ball doesn't go in.

FINAL: No. 13 Ohio State trailed in the waning moments of Thursday's game, but took the lead for good on a field goal by Deshaun Thomas with with 3:03 to go and hung on for a 69-59 triumph over Northwestern at Value City Arena in Columbus. Thomas sparked the Buckeyes, as he had 22 points and pulled down seven rebounds for Ohio State in the game. The Buckeyes tallied 15 assists on 25 baskets. Ohio State was able to secure 22 offensive boards. More Ohio State scoring came from Amir Williams (10 points), Sam Thompson (11 points), and Lenzelle Smith, Jr. (12 points). Mike Turner scored four points, yanked down four rebounds, contributed nine assists, and knocked down 2-of-2 shot attempts for the Wildcats in a losing effort.