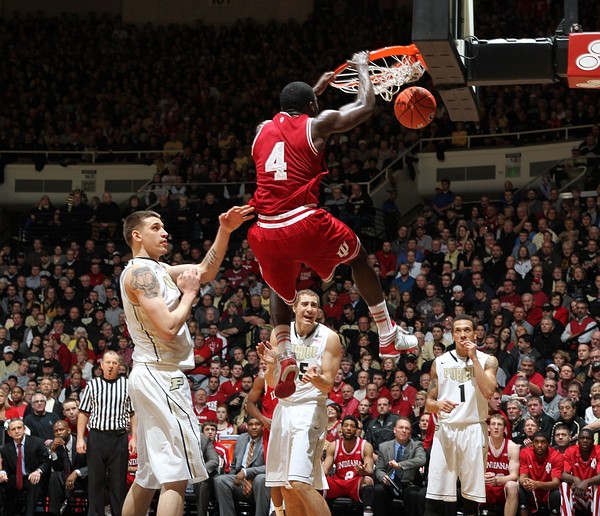 On our "Tip-Off Show" leading up to No. 1 Indiana's victory over Nebraska on Wednesday, we aired a Victor Oladipo dunk montage. We've done this a couple times this season, already featuring Sam Thompson and Rodney Williams.

Like those two highlight packages, this one doesn't disappoint. Watch the Oladipo dunk reel right here.

Not too bad. And we're thrilled to see it even includes the ridiculous missed alley-oop against Michigan, which would have been the dunk of the year.

There isn't a player in the nation who's improved as much as Oladipo this season, and it's nice to see that all of his work on the other areas of the game hasn't affected his dunking.