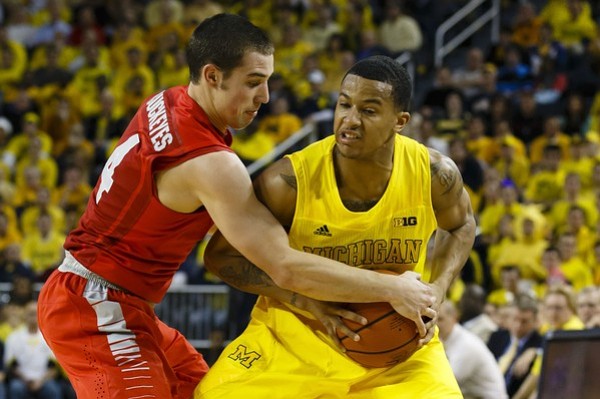 Keep those cards and letters coming, America. Lots of good questions each week as we head into the home stretch of the hoop season and put a bow on the 2013 recruiting season.

Want to get in touch? Drop me a note. But first, let?s get started with this week's answers.

Which school surprised you the most on Signing Day? – Mike L.

I was surprised that Penn State was able to finish seventh in the Big Ten despite signing the smallest class-just 17 players-in the Big Ten. QB Christian Hackenberg and TE Adam Breneman will lead the Nittany Lions out of the NCAA probation jungle. Indiana also caught my eye with some of the in-state talent Kevin Wilson was able to reel in, including DE David Kenney, S Antonio Allen and DT Darius Latham, who may be the gem of the class. He had offers from the likes of Florida, Michigan, Notre Dame and Auburn, among others.

Do you think Wisconsin was hurt at all by the coaching change going from Bret Bielema to Gary Andersen? – Phil

If you believe the Scout.com rankings, the coaching change had no impact. Despite not taking the job until late-December, Andersen still assembled a class that ranks No. 5 in the Big Ten. Anderson received a big commitment late in the process from JC QB Tanner McEvoy. Wisconsin also signed a nice group of running backs, led by Corey Clement. WR Rob Wheelwright comes as touted as Clement.

What did you think of the end of the Ohio State-Michigan game? Was Aaron Craft fouled? – Pete

But you can watch the clip below.

I see in your preseason Big Ten hoop predictions that you picked Nebraska last. Unless something miraculous happens, I see Penn State finishing last–and the Huskers possibly getting as high as ninth. Stranger things have happened. And in a couple of years, I see the Huskers being very competitive in the conference, possibly even being near the top. – Dan

Yes, I underestimated the impact that Tim Miles would have on Nebraska. He has done a nice job in his first season in Lincoln. Shavon Shields is a nice-looking freshman who has a bright future. But Miles will need to sign some big men to fortify a roster that is losing Andre Almeida and Brandon Ubel. No doubt, Miles? recruiting pitch is helped by a sparkling practice facility and new arena that will open next season.

It looks like Ohio State and Michigan cleaned up in recruiting. Your thoughts? – Joey

Yes, and it?s the second season in a row that the Buckeyes and Wolverines have netted impressive hauls of recruits. Last year, Ohio State was No. 3 in the nation, while Michigan was No. 4. No doubt, Urban Meyer and Brady Hoke are taking Big Ten recruiting to another level. Nebraska and Penn State also had classes ranked among the 25 best in the nation by various recruiting sites. The other coaches will need to work hard, and we saw that reflected on Signing Day when the conference ranked No. 2 in the nation-behind only the SEC-in Scout.com?s league rankings.

Who are the top recruits? – Bill

According to Scout.com, here the top players at each position signed by Big Ten teams.

I think the Big Ten?s toughest player is Aaron Craft, but Victor Oladipo has a more complete game. On another note, how much do you think being a physical conference will hurt Big Ten teams come tournament time, if any? – Kay Freiburger

I don?t think the physical nature of the league will hurt it in March. If anything, it will make it better prepared for the battles. But this isn?t just a conference of tough, physical players. There also is a strong collection of athletes. And the guard play is good, too, which is key in March. Without it, your team has no shot. Oh, and you are spot-on with your comparison between Craft and Oladipo, who is the more complete player. And, it isn?t even close.