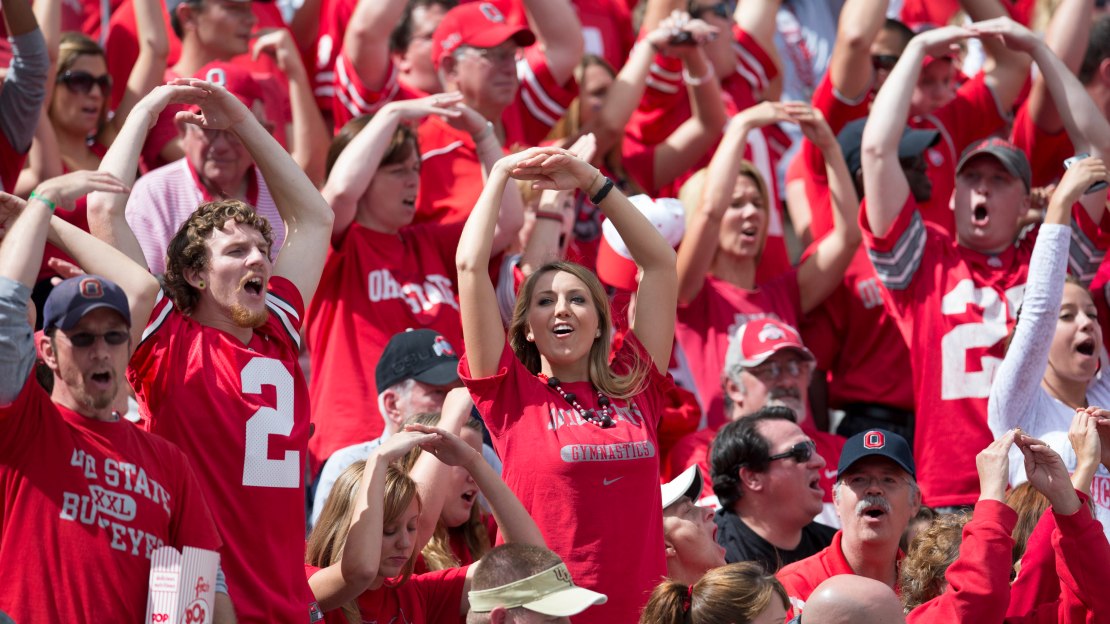 The smoke has cleared on Signing Day 2013. And, from what I can tell, every coach in the Big Ten is smiling as they dream of the great possibilities for all of their signees. Having typed that, let?s lead daily links with myriad recruiting stories.

While the ink is drying on a highly-ranked Ohio State recruiting class that is ready to compete right now with studs like safety Vonn Bell, Urban Meyer already is contemplating next year?s recruiting strategy. And it will include a greater focus on O-H-I-O.

Speaking of Ohio State, Buckeyes fans won?t like this. It seems Michigan signee Derrick Green-the top running back in the nation-talked to former Buckeye great and 1995 Heisman winner Eddie George to discuss the coaching prowess of Fred Jackson, the Wolverines? running backs coach. And Green did so at Jackson?s behest, wanting the young stallion to check on his credentials as a groomer of running backs. Well, George-who has known Jackson since his days in prep school-gave a ringing endorsement of Jackson. And, well, you know the rest of the story. If not, here it is.

Nebraska inked a consensus Top 20 class led by two outstanding running backs in Terrell Newby and Adam Taylor. In fact, locals already are dubbing the dynamic duo ?We Backs,? a homage to the standout 1992 tandem of Calvin Jones and Derek Brown. Talk about pressure.

But don?t lose focus on a strong collection of six defensive linemen who Bo Pelini feels will need to impact right away at a position of great need.

?That's the No. 1 thing that we looked at: We're going to get faster. Speed,? defensive coordinator John Papuchis told McKewon. ?The one thing that's been obvious to us over the last couple years is that we haven't been as athletic or dynamic on the defensive line as we'd like to be. There's a huge emphasis this year in terms of finding those athletic kids that give that dynamic to their play. Every single one of them has a chance to come in and play and give us something.?

The consensus on the Iowa recruiting class? Meh. But Pat Harty of HawkCentral.com says blue-chip studs never will be common in Iowa City.

Harty points out that it?s hard enough for Kirk Ferentz and his crew to pique the interest of the so-called blue chip recruits under good circumstances. It?s next to impossible when Iowa is in a funk, as the program is coming off its worst season since 2000. So, that?s why Ferentz keeps his focus on development rather than buzz when it comes to recruiting.

Tupper says coming off a disastrous 2-10 first season as Illinois? head coach, Tim Beckman desperately needs better recruits. But to get better players, he needs something that resembles a winning atmosphere. There?s always hope when new players arrive, but Tupper seems worried when he sees the Illinois class ranked 9th among Big Ten teams (according to 247Sports) and 56th nationally. And he wonders how Beckman can ever hope to close the gap. And if Beckman has another very rough year, how much chance is there that he?ll be around for a third season?

All together now: Catch-22.

OK, Penn State fans. Check out this video series from the Harrisburg Patriot-News with incoming quarterbacking stud Christian Hackenberg, who is the future face of your program. If you feel yourself about ready to hyperventilate, breathe slowly into a paper bag. There. Now, enjoy.

The great Bob Kravitz of the Indianapolis Star took a behind-the-scenes look at Indiana?s recruiting efforts-and he liked what he saw.

Kravitz says that after years of recruiting lesser lights, and recruiting against lesser lights, IU is taking a next step toward relevance with a Signing Day effort that has brought the Hoosiers their highest-rated class since rankings came into vogue in 2001.

New Purdue coach Darrell Hazell didn?t have much time to assemble his 23-man recruiting class. But, given the circumstances, he did well. The highlight is a strong collection of running backs and a stud quarterback in Danny Etling.

On to hoops ? and this: Is freshman Mitch McGary Michigan?s best big man right now?

Hmmm. I think the answer to that is an emphatic ?yes.? The kid runs the floor with aplomb, always hustling, always working. And McGary has skills, too, showing touch around the hoop. The Wolverines need his force and power in the paint to complement an array of perimeter players. He?s a star, America. Let?s embrace him. Now.

Loren Tate of the Champaign News-Gazette wonders how long it will be before Illinois ?gets its act together?? Well, the Fighting Illini-2-7 in Big Ten action–can shut up a lot of critics tonight with an upset of No. 1 Indiana. Hey, a hot streak has to start somewhere, right?

In case you missed this amid all of the Signing Day hoopla, Wisconsin pulled out a thrilling double overtime win over Iowa, ending a confounding three-game losing skid to the Hawkeyes.

It was yet another tough loss for Iowa, whose NCAA hopes are fading. But the last eight games are manageable and offer hope. Really. In fact, I think the Hawkeyes could finish 7-1 or 6-2 down the stretch.

Minnesota lost-again-at Michigan State, where it hasn?t won since 1997. The problem in this defeat to the Spartans? The backcourt was out played.

Andre Hollins and Austin Hollins combined for 32-points against Iowa the last time out, but had just 19 points on 7-for-24 shooting with six turnovers in the 61-50 loss at the Breslin Center. Meanwhile, Michigan State's backcourt of Gary Harris and Keith Appling combined for 29 points on 7-for-12 shooting from three-point range.

Papuchis says to expect physical spring, with emphasis on tackling. ?The only way you become better tacklers is to tackle more in practice."

My take: Yes, it really is as simple as that.

My take: More evidence of how good Ohio State is under Thad Matta.

Someone in the crowd is holding an "Enjoy the NIT, Hawkeyes" sign.

My take: That?s cold. Don?t give up on the NCAA yet.

Wish I could feel some of Beckman's enthusiasm for this #Illini football recruiting class. Hope there's diamonds in the rough. #dechr

My take: Yes, it?s gonna take a few diamonds to help turnaround the fortunes of the Illini coming off a 2-10 season.

Appling in the locker room said his shoulder is fine, and popped back in on its own without a trainer's help. Said he will play this wkend.

My take: Scary for the Spartans, who need to keep Appling healthy. He?s the key MSU player. It?s no secret.

Mbakwe had his fourth straight game scoring under double figures. Tubby said it was tougher getting him more touches with MSU size inside.

My take: The Gophers have no shot unless the big fella gets going.

My take: I am nodding my head-a little bit.