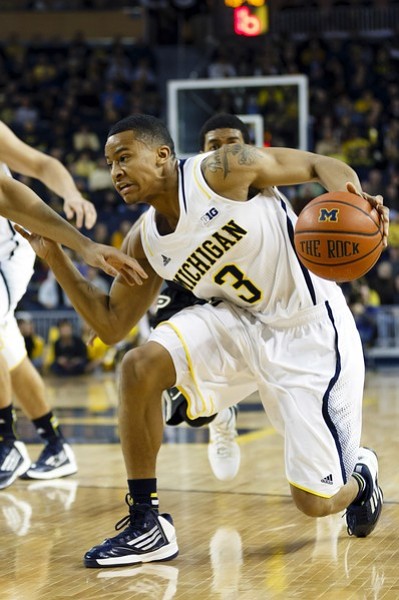 We are halfway through the Big Ten season, and the conference hasn?t disappointed. All of that preseason hype about being the top conference has proven to be true, with Indiana and Michigan already haven taken turns sitting atop the national polls.

And Michigan State, Minnesota and Wisconsin all have impressed to varying degrees. Here?s how I size up the conference at midseason.

Biggest surprise, team: Michigan State. I thought the Spartans would be good, but I wasn?t sure if they could legitimately compete for the Big Ten title. Well, here they are, 18-4 overall and 7-2 in the Big Ten, sitting pretty just a game behind Indiana. And two games remain vs. Michigan, along with a visit from the Hoosiers. MSU just may win this thing.

Toughest remaining schedule among contenders: Indiana. The Hoosiers have a lot of heavy lifting to do with games left at Minnesota, at Michigan State, at Michigan and at Ohio State. Can the Hoosiers forge a split? Oh, there also is a visit to Illinois that could be perilous.

Easiest remaining schedule among contenders: Michigan. The Wolverines already have played at Ohio State, at Minnesota, at Indiana and at Illinois. Games at Michigan State at Wisconsin loom, but all of the other ?big boys? must come to Ann Arbor-Ohio State; Michigan State and Indiana. Things look good for Michigan down the stretch.

And now, it's time to take a quick look back. Before the season started, I predicted the Big Ten standings and various award winners while at Big Ten media days. Read those here.