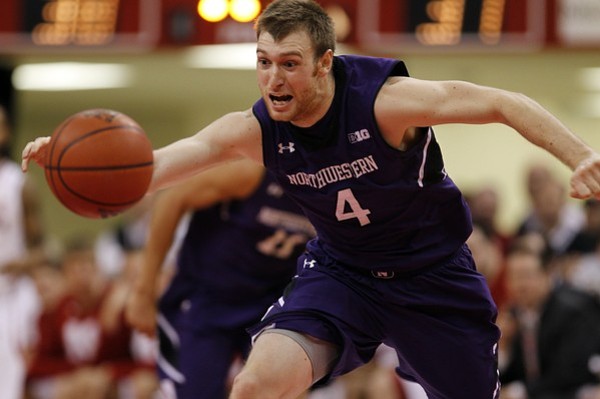 Time to reach into my mail bag, as we head toward the halfway point of the hoop season and look forward to Signing Day on Wednesday. So, without further delay, let?s dig right in and start with a question about ? Northwestern basketball?

How good do you think Northwestern could have been this year if the lineup was: Dave Sobolewski, Reggie Hearn, JerShon Cobb, Drew Crawford and Jared Swopshire? – Curtis

Ah, the old woulda, shoulda, coulda game. Do you really wanna torture yourself with that? OK. I think the Wildcats would have had a great shot to earn that elusive first NCAA bid. Of course, Cobb has been suspended for the season, while Crawford is out with injury. Both arguably are Northwestern?s best players. Hearn has played out of his mind in becoming a key scoring option, while Sobolewski continues to develop as a point man. Still, despite the attrition, Bill Carmody has done another good job keeping the team competitive. No coach maximizes his talent better.

Who in your mind could make a run in the NCAA tourney? – Matt

Entering the season, most felt Indiana and Michigan would be the cream of the crop. And that has proven to be the case. It would shock no one if the Hoosiers or Wolverines won the national championship. The other team I think that could make a run in March is Minnesota. Yes, the Golden Gophers have hit a bit of a slump, enduring a four-game losing skid. But they snapped out of it on Tuesday with a home victory vs. Nebraska. Earlier this season, Minnesota was ranked in the top 10. This is a deep team, and it?s a veteran team that has the guard play needed to excel in March. So, if the Gophers get hot and get some nice matchups, they could go deep into the Big Dance and maybe march all the way to the Final Four in Atlanta.

OK, who is your Big Ten Player of the Year? It looks like it could be a wide-open race. – Gerry Y.

It looks like it?s a five-man race for now as we prep for the stretch run. My contenders are Indiana?s Victor Oladipo and Cody Zeller; Ohio State?s Deshaun Thomas; Michigan?s Trey Burke; Michigan State?s Adreian Payne. For now, I am going with Burke. But the beauty of this race is the fact it will be decided on the court as these teams will clash with each other often in some big games in February and March. Whoever?s school wins the Big Ten probably will be the league?s player of the year. And if it?s Indiana, it will come down who excels more down the stretch: Oladipo or Zeller?

With Signing Day coming up on Wednesday, how is the Big Ten looking? – Alex

According to Scout.com, the Big Ten is looking pretty good. In its latest rankings, Michigan has the nation?s No. 1 class, while Ohio State is No. 2. The next highest ranked Big Ten teams are Nebraska at 12, Illinois at 32, Wisconsin at 34, Michigan State at 37, Penn State ay 38, and Northwestern at 40.
But in conference rankings, the Big Ten is third behind the SEC and Pac-12, respectively. Of course, commitments between now and then could reshape these rankings. So, stay tuned. BTN will have full coverage of Signing Day on Wednesday. Who are the top players committed to Big Ten schools? Here are the 10 best, according to Scout.com:

Which school has been a surprise in recruiting so far? – Mike L.

How about Penn State? Yes, NCAA sanctions will keep this to a small class, but it will pack some punch. Scout.com has Bill O?Brien?s haul of 17 commitments currently ranked No. 38. Illinois resting at No. 32 is impressive, too, when you consider the Illini are coming off a 2-10 season under Tim Beckman. Illinois is helped by a big class of 32 players. Nonetheless, it still is good work by Beckman and Co.

How can these announcers on BTN and ESPN think that paying college players to play is OK? First of all, I would love to go onto one of these shows and rip into these guys who are so oblivious to the real world. The real world is that these kids already do get paid to play with scholarships. – Charlie

Yes, players are ?paid? with their scholarship. But some feel the scholarship doesn?t cover enough-given the time requirements/demands of being a student/athlete. At the least, I think some proponents of paying athletes would at least like to see things like a few trips home covered. Not everyone is on board with radical ideas like doling out hefty ?salaries? or stipends-or allowing athletes to sell their likeness for endorsements while in school.

Regardless, good cases can be made for both sides of this argument.