Big Ten Geeks: Who are the Gophers? 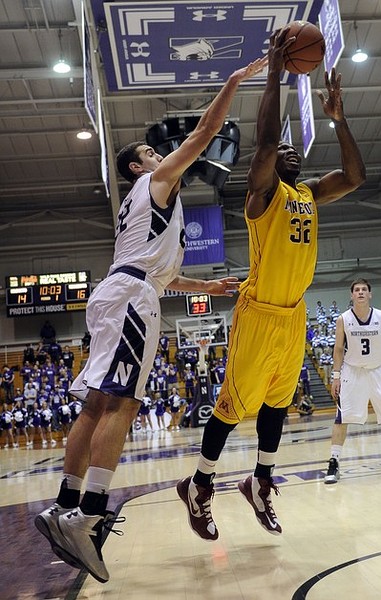 I?ll admit-I?ve never truly forgiven Minnesota for 2010. Back in those days, when the internet was over, it was my opinion that the Gophers should have been contending for a Big Ten championship. I wasn?t even close, as Minnesota finished the season at 9-9, and squeaked into the NCAA Tournament (the Gophers barely had enough time to check into their hotel before Xavier dispatched of them in the first round).

I?ve since taken an oath of sorts, which is that I can?t believe in Minnesota until the team sorts out the defense. The Gophers have never been all that good on defense ever since Tubby came to town, and I suspect it has a lot to do with the team?s lack of rebounding. I continue to be puzzled by people who want to dismiss defensive rebounding as an afterthought, something that just sort of happens after the possession has come to an end. Indeed, Minnesota is routinely very good at the things that everyone recognizes as ?defense.? Every year, no Big Ten team blocks more shots than Minnesota, and the squad is almost always among the league leaders in steals per opponent possession. And yet, the team oscillates between ?bad? and ?mediocre? on defense, and I think that?s primarily because the team doesn?t rebound.

What?s more, this is still the best offensive rebounding team in the country (and it still is challenging for the best of all time), and that?s not really all that out of character for Tubby?s teams. They know how to rebound, certainly, but it seems the focus is on the offensive end.

This has to be premeditated, and indeed, one can see how the Gophers look for opportunities to push the ball after a missed basket. But in their hurry to capitalize on another team?s miss, they often neglect to actually secure that miss. This year is no different, as Minnesota ranks 8th so far in Big Ten play in defensive rebounding. Another puzzling part of Minnesota?s defense is despite the fact that the big men are blocking so many shots, Big Ten teams are making quite a bit of two-pointers against the Gophers.

This is why I?m not quite sold on Minnesota. The offensive rebounding makes the offense very good, but I am still not seeing an improved defense. To compete for a Big Ten championship this season, Minnesota will have to do better on that end.

To be fair, neither defensive rebounding nor defense were why the Gophers lost at Northwestern. They lost because they couldn?t figure out a 1-3-1 zone. The good news is that Minnesota probably won?t face one again until the Big Ten Tournament (they?re done with Northwestern and Michigan until then, and those are the only two teams that have implemented the 1-3-1 in recent seasons). The bad news is that I don?t expect opponents to make things easier for Minnesota?s defense.

For Northwestern, this was a nice win, but I wouldn?t start thinking about the bubble anytime soon. I don?t think the Wildcats? non-conference resume gets them into the field at 8-10, and it?s going to take a couple of upsets to do better than that.

Also in the past couple of days, Penn State took its medicine and Michigan pulled away in the second half. But I want to talk about freshmen now.

Who is the best?

I know some people like to look at the entire season, but I?m partial to conference stats. That?s probably unfair to someone like Nik Stauskas, who would have won this award going away if it was handed out three weeks ago. But the sharpshooter has made just 33 percent of his threes in conference play, and that?s dulled things a bit. Still, he?s in the running.

Here are all of the players that I think are legitimate candidates at this point:

One thing to keep in mind is that none of these numbers include defense, which we will examine before naming our freshman of the year (McGary and Hammons figure to get a boost). But just looking at this list, I?m having a hard time picking a winner. A big part of that is the fact that almost all of these freshmen are role players at this point. Indeed, only Dekker and Hammons consume an above-average share of possessions. That?s important to note, because it?s easier to be efficient when the team isn?t counting on a player to do as much. On the other hand, GR3?s efficiency is nearly off the charts.

Who do you guys like? And did I omit someone that you think merits discussion?