Northwestern knocks off No. 22 Illinois 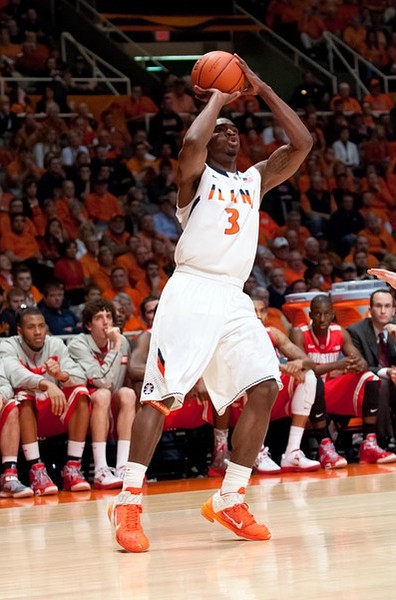 Reggie Hearn scored 20 points and Northwestern built an early lead using 3-point shooting to hand No. 22 Illinois its third straight loss, 68-54 on Thursday night. Illinois has lost five of seven after starting 12-0. The Wildcats (11-7, 2-3 Big Ten) were 8 of 15 from 3-point range but hit five of those shots in the first half to build a 36-21 lead.

FINAL: Reggie Hearn went 4-of-7 from the field and led five Northwestern players in double digits with 20 points as the Wildcats defeated No. 22 Illinois 68-54 in an upset on Thursday at Assembly Hall in Champaign. Northwestern never trailed in the game.

Illinois was tough on the offensive boards, grabbing 18. More Illinois scoring came from Tracy Abrams (10 points). The Fighting Illini pounded the boards hard in defeat as they grabbed 33 to 26 for the Wildcats. The Wildcats' largest lead was 17, which came late in the first. Leading 15-11 in the first, Northwestern used a 19-6 spurt to open its cushion to 17 points with 3:09 left in the first half. Kale Abrahamson finished the run off with a field goal, which helped Northwestern lead 36-21 at halftime.