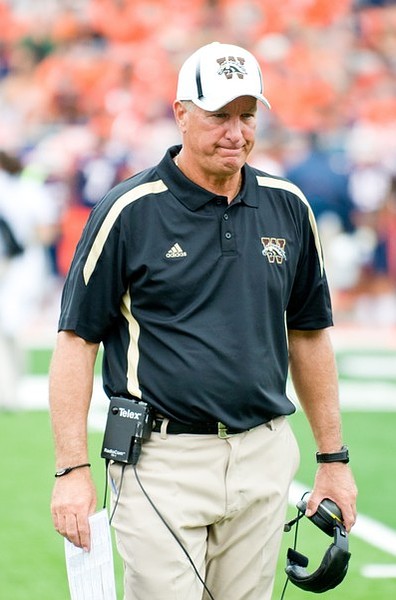 What has been reported for days became official Monday with Illinois announcing Bill Cubit as the new offensive coordinator.

Cubit is coming off a successful eight-year run as head coach at Western Michigan, going 51-47 overall and 36-27 in the MAC with three bowls.

?I am very excited to have an experienced coach like Bill Cubit join the Illini football staff as he has always been known to have an outstanding football mind,? Illinois coach Tim Beckman said in a statement. ?I?ve known Bill and coached against him for several years. He has had many extremely productive offensive teams during his career. Bill has called plays for many years as an offensive coordinator and as a head coach, and has developed several outstanding quarterbacks.? Cubit takes over for Billy Gonzales and Chris Beatty, who served as co-coordinators in Tim Beckman?s first season. The two shared play-calling duties in a bizarre system that saw Beatty calling plays on first and second downs, and Gonzales calling plays on third downs.

Beatty, who also coached quarterbacks, was fired, while Gonzales remains on the staff as receivers coach.

Cubit will have lots of veteran talent to work with, including quarterbacks Nathan Scheelhaase and Reilly O?Toole, running backs Josh Ferguson and Donovonn Young, receivers Spencer Harris, Ryan Lankford and Darius Millines and tight end Jon Davis, among others. The line needs a lot of work, as injuries and youth hampered the unit in 2012.