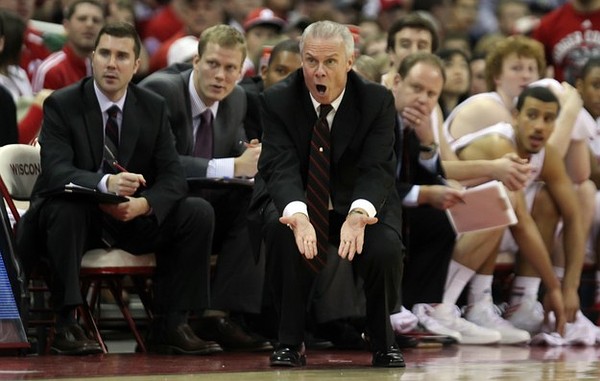 [ RELATED: Where does your team land on our Power Rankings? ]

Here?s a look at the week ahead.

Game of the week: Michigan at Minnesota, Jan. 17. This one will go a long way toward shaping the Big Ten race in a battle between two of the Big Ten?s best teams. This is the third tough game in succession for the Golden Gophers, who won at Illinois and lost a close one at Indiana. If Minnesota wants to win the Big Ten, it must win in the Barn, which figures to be raucous. Like Minnesota, Michigan is coming off a tough loss on the road (at Ohio State) in which it also fought back from a large deficit to almost prevail.

Don?t overlook this game: Ohio State at Michigan State. Does it get any better than Thad Matta vs. Tom Izzo? These schools each earned a share of the Big Ten title last season (along with Michigan). But both of these teams are chasing Indiana, Wisconsin, Michigan and Minnesota. Each already has a loss, the Buckeyes at Illinois and the Spartans at Minnesota. The loser will be in a tough spot.

Individual matchup to watch: The battle of point guards in the Michigan at Minnesota game will be intriguing, with the Wolverines? Trey Burke locking horns with the Golden Gophers? Andre Hollins. Who can impose their will on the other? More vital: Who can help elevate the play of their teammates the most? That?s what likely will determine who wins this game. The last time Hollins and Burke clashed, it was a beaut in the Big Ten tourney quarterfinals last season. Hollins scored 21 points and Burke had a career-high 30 in Michigan?s overtime victory.

Must win: To remain on top of the Big Ten, Indiana must defend its home court when fellow frontrunner Wisconsin visits Bloomington on Tuesday. The Hoosiers can?t let the Badgers dictate the pace. That means Indiana needs to push the action and score in transition as often as possible so the Badgers can?t get set up in the half court and play their patented suffocating defense. Indiana has too much talent, athletic ability and experience to lose this one. But, you never know vs. Wisconsin, which is 3-0 in Big Ten action and winners of six in succession.

Big week: Wisconsin. We will find out if the Badgers have what it takes to remain in the Big Ten hunt. Wisconsin plays at Indiana on Tuesday and at Iowa on Saturday. It will be a tough litmus test for Wisconsin, which seems to be developing with Traevon Jackson coming on at the point. The Badgers are coming odd an absolutely dominating home win over Illinois.