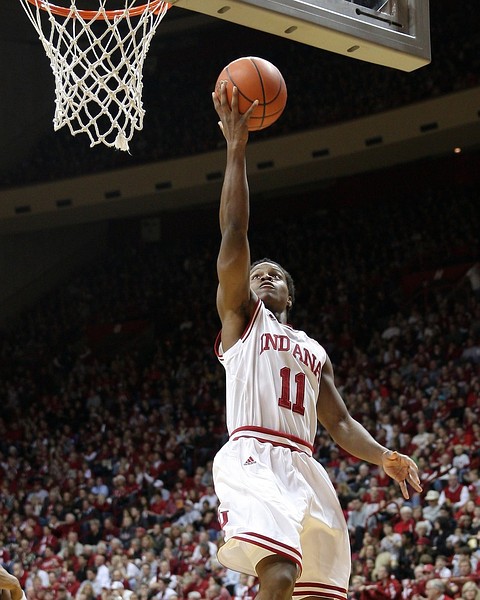 It's a big weekend of Big Ten basketball on BTN/BTN2Go, including No. 10 Minnesota visiting No. 5 Indiana on Saturday. Throughout all the action, we'll provide our usual in-game online coverage with quick video highlights where BTN.com is spotting great plays during BTN games, then posting them as fast as possible right here on BTN.com, Facebook and Twitter.

Another place to find those quick clips as soon as they're live? Our BTN.com video vault.

Need some handy weekend links? Use our full scoreboard, get the latest stats, see the standings, and look over our latest videos. Also, find a bucket full of dunk videos on our Big Ten Dunks Archive page. Our Big Ten Geeks took a look at the league's action this week, too.

BTN will be live from Bloomington this Saturday for a one-hour pregame show at 11 a.m. ET leading up to a Big Ten battle between the Gophers and the Hoosiers. BTN?s Dave Revsine and analyst Shon Morris will lead the show from courtside at Indiana?s Assembly Hall, then Gus Johnson and analyst Jim Jackson will call the game.

BTN.com's Tom Dienhart's made his prediction in his weekly mailbag:

"It will be a great litmus test to see how good this Golden Gophers team is. And they were the only team to win in Assembly Hall last season. But I think Minnesota will fall at Indiana. The Hoosiers can match the Gophers? depth and experience, but the matchups inside favor Indiana."

BTN/BTN2Go will also air No. 13 Illinois at Wisconsin at 2:15 p.m. followed by our postgame show "The Finale" right after.  It's been more than a year since Illinois won a Big Ten game on the road and visit to Wisconsin likely won't make ending that drought any easier. The Fighting Illini look to avoid a ninth consecutive conference road loss and snap a three-game skid against the surging Badgers on Saturday. Read the full preview here.

If you"re Indiana fan, you'll want to enter this BTN sweepstakes. One of the prizes in the winner's package is the opportunity to run on the court during the "William Tell Overture" timeout at an Indiana home game. There's also a BTN sweepstakes for Illinois fans. The Fighting Illini Sixth Man Experience includes some really cool access to the team and the court during an upcoming home game. You can enter here.

Want a shot to come to Chicago for the Big Ten men's tournament? Enter the Buffalo Wild Wings Trip to the Big Ten Tournament Sweepstakes for a chance to win the ultimate men's basketball tourney prize package.