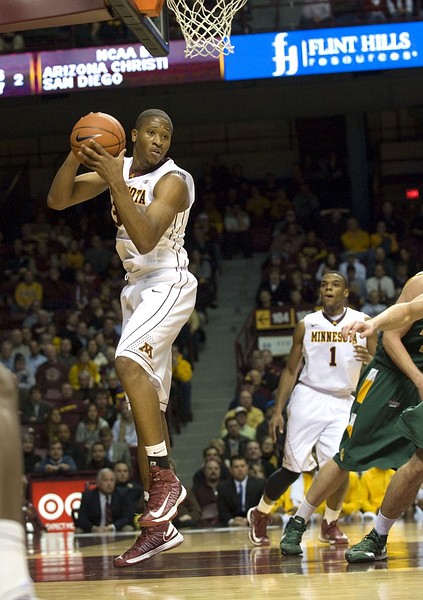 It all begins tonight for No. 8 Minnesota. And that?s why I?m beginning my daily links right here, America. You see, it?s put-up-or-shut-up time for the 14-1 Golden Gophers. And I love put-up-or-shut-up time. You should, too. We will discover how good this team is with a game at Illinois tonight (9 p.m. WET on BTN/BTN2Go) and a visit to Indiana on Saturday. Minnesota then returns home to play Michigan on Jan. 17. All together how: wow!

At the very least, Minnesota must go 1-2. It cannot be swept. A 2-1 mark would be considered highly successful. A 3-0 record? That would stamp the Gophers as a legit nationally elite squad.

Those pesky defensive lapses that have often marked the Fran McCaffery era persist at Iowa. Hence, there could be some lineup changes.

The team endured a lengthy film session following a brutal 95-67 loss at Michigan.

McCaffery has gone so far as to single out Roy Devyn Marble and Aaron White for their defensive deficiencies.

?Let?s say, for example, the two biggest culprits are your two leading scorers, which is arguably what the case was in our last game,? McCaffery said. ?That?s a dilemma. When Marble and White are struggling defensively, we still have to score. That?s our two leading scorers. That makes that decision a lot more complicated, quite frankly. But it may come to that. ?

Is there a better collection of freshmen in the Big Ten than Michigan?s? I think not. We all know about Glenn Robinson III, Nik Stauskas, Mitch McGary and even a bit about Spike Albrecht. But keep an eye on Caris LeVert. Yes, Caris LeVert.

The kid has grown an inch and added 20 pounds since arriving at Michigan. And he could develop into a special player. Boy, how great is it to be John Beilein right now?

Bob Wolfley of the Milwaukee Journal-Sentinel picked up something written by ESPN?s Joe Lunardi, in which the hoops guru said Wisconsin?s non-conference schedule is so weak that its record could be misleading. For the record, Wisconsin is 11-4.

Lunardi feels that games against foes in the sub-200 RPI category and against non-Division I opponents ?should mean nothing in terms of NCAA preparation and consideration.? Using those criteria, Wisconsin has seven dubious victories. Sounds about right.

Bob Flounders of the Harrisburg Patriot-News takes a nice look at some key Penn State players who redshirted in 2012.

Bob Asmussen of the Champaign News-Gazette just couldn?t wait to unveil his early, early top 10 for 2013. Tada! In case you can?t bear to click the link-or you're too busy–Asmussen has Ohio State No. 1. Oh, and five SEC teams are in his top 10. Oh boy.

On a recent radio interview, new Nebraska A.D. Shawn Eichorst offered a frank assessment of the Big Ten on the heels of the SEC?s seventh national title in a row.

?The evidence suggests we have some room to grow," he said. ?I think we're very competitive in the Big Ten. The proof's in the pudding. All of us have some work to do to make strides toward the things the Southeastern Conference is getting done."

Doing Nebraska-Michigan tonight on BTN. Michigan may be cleanest team I've seen. They don't foul…don't turn it over. Loaded with talent

My take: Kugler is correct. And Michigan also may eventually be a national champion.

My take: Gives you an idea of how great Matta has been in Columbus in a relatively short period of time.

Seriously, Purdue, what good is quickness if you can't make a layup or putback. Painter trying to turn track stars into ballers. Tough road.

My take: Brutal analysis. But, I think he?s correct.

Are we to now believe it's one of the world's great mysteries that Illinois lost at Purdue??

Jay Williams: Minnesota has a real chance to win the Big Ten. (Has he seen Michigan?!)

Never saw a young 7-footer work harder to be involved in the offense more than Purdue's AJ Hammons. Screens, posts up all over the block.

My take: I think Hammons is gonna be a star. It helps that he didn?t arrive on campus with a massive ego.

#Northwestern with a top-20 postseason ranking and top-30 recruiting class; evidence of the program's steady climb.