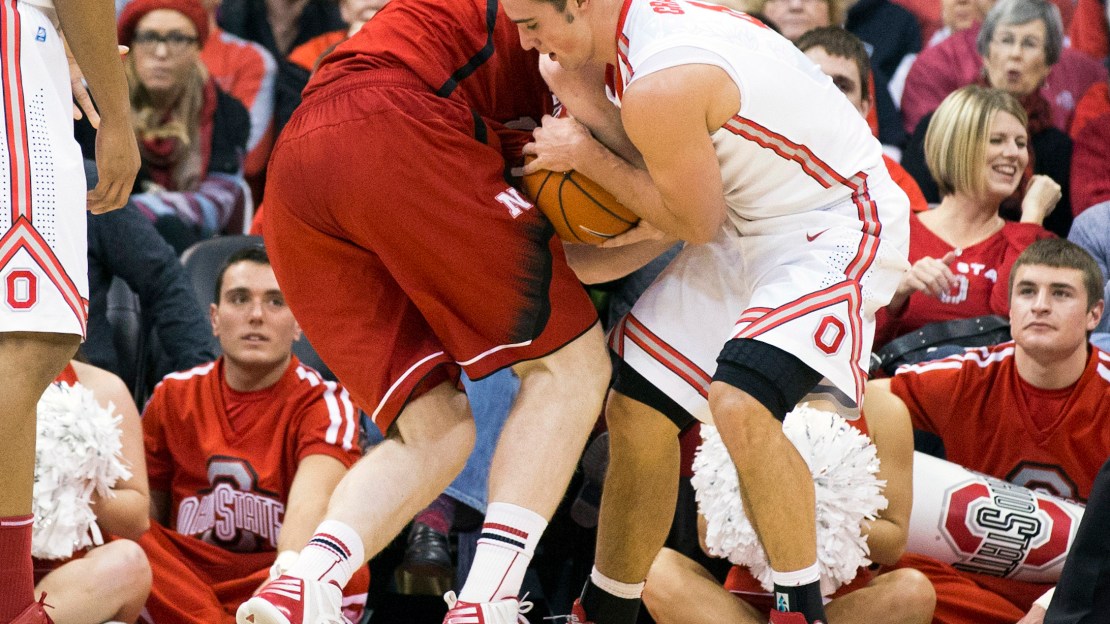 Deshaun Thomas outscored Nebraska in the first half 18-17 and finished with 22 points to lead No. 8 Ohio State past the Cornhuskers 70-44 on Wednesday night in the Big Ten opener for both teams. Lenzelle Smith Jr. added 17 points for Ohio State (11-2, 1-0), which won its 15th consecutive Big Ten home opener. The Buckeyes have a tough test on Saturday at No. 11 Illinois.

The Buckeyes led by at least 20 points for almost all of the second half.

How bad was it for the Cornhuskers (9-5, 0-1)? Only 8:27 remained when they finally exceeded the 31 points that their football counterparts scored in a 14-point loss to Georgia in the Capital One Bowl a day earlier.

Amir Williams blocks yet another shot:

Tim Miles lays into his team during timeout:

FINAL: Deshaun Thomas scored 22 points and grabbed seven rebounds and Lenzelle Smith Jr. added 17 points and five boards to lead No. 8 Ohio State to a 70-44 victory over Nebraska on Wednesday at Value City Arena. Ohio State (11-2) held Nebraska (9-5) to 30 percent shooting from the field and grabbed 33 defensive rebounds, while only allowing 10 offensive rebounds. Thomas had a big performance for the Buckeyes, with 9-of-16 shooting from the field.

HALFTIME: Deshaun Thomas scored 18 points and grabbed three rebounds for No. 8 Ohio State in the first half to carry the Buckeyes to a 36-17 lead over Nebraska. Lenzelle Smith Jr.  added eight points and five rebounds for the Buckeyes, who held Nebraska to 26 percent from the field. Leading 11-7, the Buckeyes went on a 7-0 run to open up a 11-point advantage. Ohio State hit four threes in the first half, shooting 44 percent from deep.