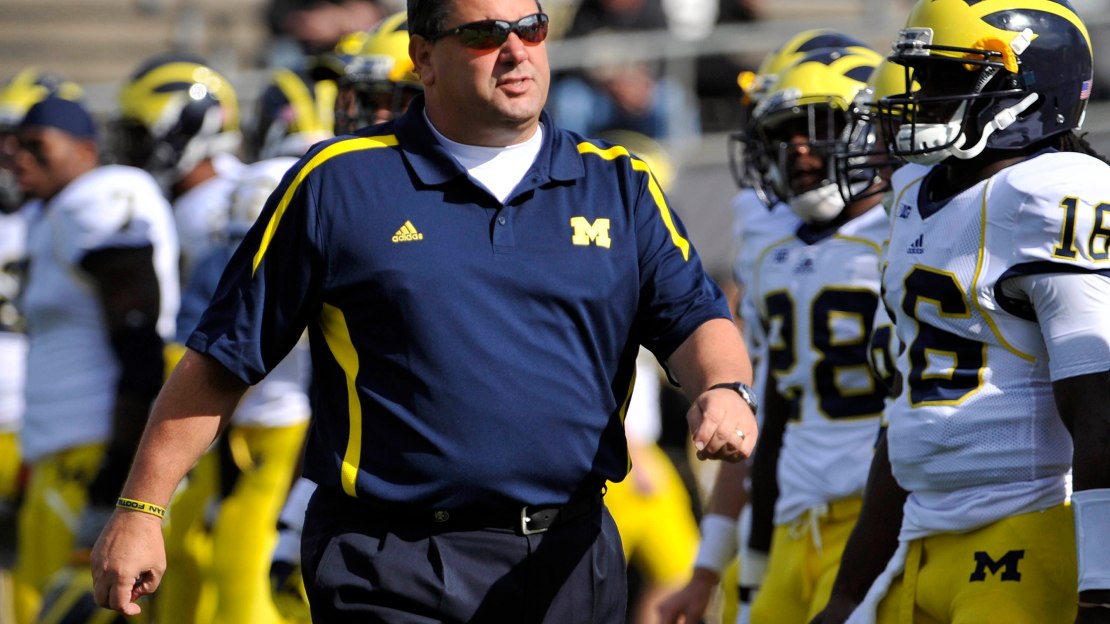 Happy New Year! It?s Jan. 1, the high holy day for college football. Before kickoff, check out my daily links, which begins with looks at the Big Ten and the five bowls it?s involved with today. And one of the most interesting will be the Outback Bowl clash between Michigan and South Carolina. Here?s a nice breakdown of the game from Kyle Meinke of MLive.com.

The great Tom Oates of the Wisconsin State Journal says the Badgers will be playing a mirror image of themselves today vs. Stanford in the Rose Bowl. And that?s a good thing.

No doubt, it had to make preparation easier for the coaching staff that will see six assistants depart for other jobs after the game.

Kinda strange, like Barry Alvarez?s presence on the sideline will be odd-which likely will provide a boost. Here?s a look at his top five games as coach.

Perhaps no Big Ten team has more on the line today than Nebraska, which is coming off a horrible 70-31 loss to Wisconsin in the Big Ten title game. Tom Shatel of the Omaha World-Herald doesn?t think the Cornhuskers can afford another sorry game. And, he?s right.

Nebraska?s other two losses this season (at UCLA, at Ohio State) also were embarrassing. What happens if the Huskers get ripped by a very good Georgia team that came within inches of playing for the national title?

Purdue will have some interesting eyes watching it today in the Heart of Dallas Bowl vs. Oklahoma State.

Incoming coach Darrell Hazell will take in the proceedings. And so will fired coach Danny Hope, which seems a tad strange. But, I can?t say that I?m shocked. Oh, the Boilers are being led by interim coach Patrick Higgins. Got all that?

With this long, long bowl losing streak, e all will wanna watch Northwestern in the Gator Bowl vs. Mississippi State to see if the Wildcats can end that confounding nine-game bowl losing skid.

I like NU?s chances. In fact, off all the Big Ten teams in action today, the Wildcats may have the best shot at victory.

Ohio State can?t go to a bowl, so Doug Lesmerises of the Cleveland Plain Dealer does the next best thing for Buckeyes? fans: He takes a look back at 2012 in this nice piece that?s complete with video of Braxton Miller?s five best plays.

In that same vein, here?s a look at Urban Meyer?s top six moments of the last season.

It?s not all football on here today, people. The Big Ten kicked off hoops conference play on Monday with two scintillating clashes. One saw Iowa fall at home to Indiana. A victory would have been a huge confidence boost to the surging Hawkeyes. Still, there was no shame in this defeat. In fact, ESPN analyst Dan Dakich implores Iowa fans not to give up on this Iowa team.

I?m not gonna argue with Double-D. I, too, like this Iowa team, especially the freshman point guards. There is depth and athletic ability-and more commitment to defense. And Fran McCaffrey can coach. Add it up, and I think the Hawkeyes will make their first NCAA tourney since 2006.

Indiana passed its second test of the season, according to Terry Hutchens of the Indianapolis Star, by winning its first true road game. (Hutchens says the first test passed was dealing the massive expectations of being the preseason No. 1 team.)

This team is good, people.

Minnesota began league action with an impressive win over Michigan State that showed the Gophers merit their first top-10 ranking since 1982.

One of the best things about the win? The Gophers didn?t fold or crumble in the face of adversity after blowing a 12-point lead. And it was good to see Minnesota star Trevor Mbakwe play for the first time without a knee brace since injuring an ACL over a year ago.

I will leave you with this gem piece from the great Loren Tate of the Champaign News-Gazette, who vows to be positive in 2013.

Among Tate?s eight Illini resolutions is this: ?Let?s step back, take a deep breath and see if Tim Beckman has the stuff to revive a spiraling operation. OK, we all know that football attendance will be down and Illini rivals have a huge head start. No point in harping on it.?

There are a ton of NFL jobs open…if a college coach ever had a heart to make the jump…now's the time to try.

My take: The most likely seems to be Oregon?s Chip Kelly.

My take: As usual, Heller has this right.

Izzo: We really crumbled down the stretch.

My take: I?m not gonna argue.

Izzo: We really crumbled down the stretch.

My take: A Final Four? A hoops national title? A BCS bowl win?