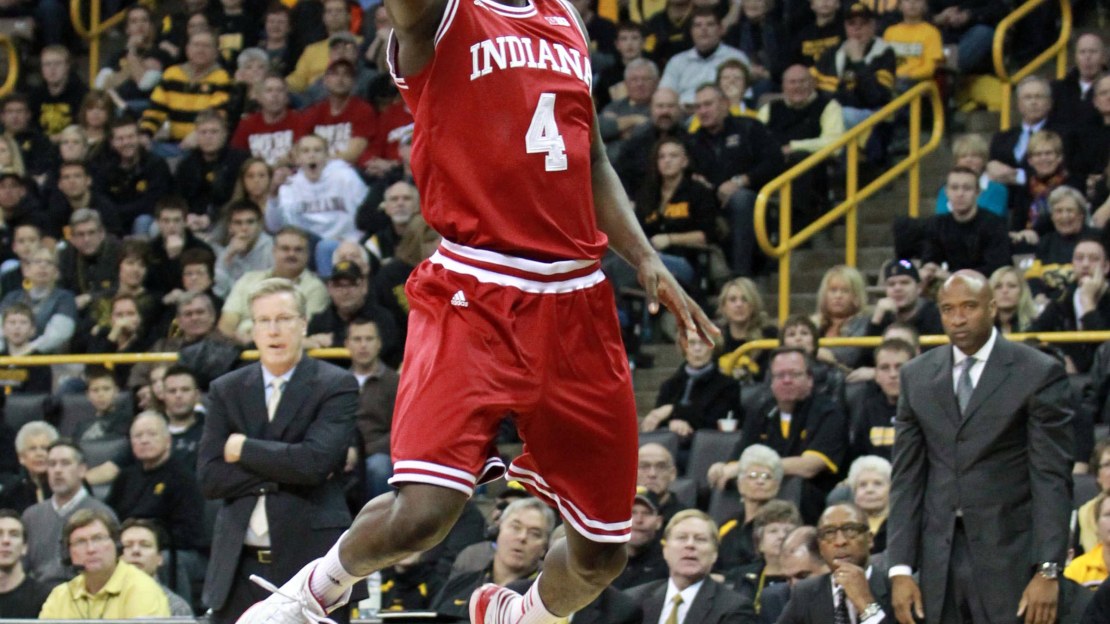 Cody Zeller had 15 of his 19 points in the second half and fifth-ranked Indiana opened Big Ten play by holding off Iowa 69-65 on Monday night. Victor Oladipo scored 14 points for the Hoosiers (13-1, 1-0 Big Ten), who snapped a four-game losing streak in Iowa City and have now won four straight since losing to Butler two weeks ago.

Oladipo beat the shot clock with a putback with 1:04 left to put the Hoosiers ahead 65-60. He also made two key free throws with 26 seconds to go to make it a two-possession game.

Will Sheehey cuts for two-handed flush:

FINAL: Cody Zeller scored 19 points and grabbed 11 rebounds to lift No. 5 Indiana to a 69-65 win over Iowa on Monday at Carver-Hawkeye Arena in Iowa City. Victor Oladipo added 14 points and 10 rebounds for Indiana (13-1) in the win. Iowa (11-3) struggled shooting the ball in the game. The Hawkeyes shot 33 percent (21-of-63) from the field as leading scorer Devyn Marble went 1-of-14. Indiana tallied 16 assists on 26 baskets. The Hoosiers grabbed 18 offensive rebounds. More Indiana scoring came from Christian Watford (11 points) and Will Sheehey (13 points).

HALFTIME: Victor Oladipo has eight points on 4-of-7 shooting to lead No. 5 Indiana to a 33-25 lead over Iowa at the end of the first half. The Hoosiers led 11-6 when the Hawkeyes went on a 10-0 run to take a five-point lead. Iowa's Aaron White already has nine points and three rebounds.