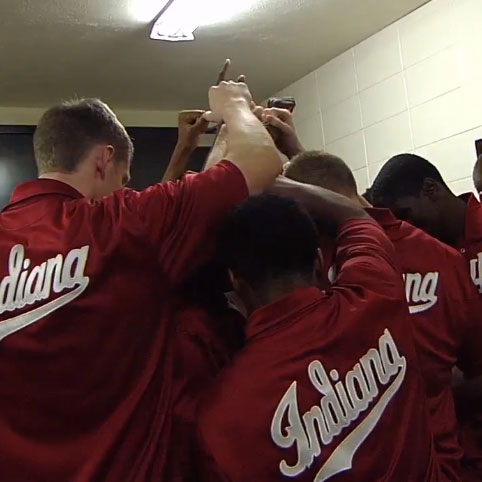 Jordan Hulls scored 20 points and grabbed four rebounds and Victor Oladipo added 14 points and seven boards as they teamed up to lead No. 5 Indiana to a 93-59 victory  over Jacksonville on Friday at Assembly Hall in Bloomington. Indiana (12-1) shot 51 percent from the field (29-of-57).

HALFTIME: Jordan Hulls scored 17 points for No. 5 Indiana as the Hoosiers lead Jacksonville 48-33 at the half. Hulls and Victor Oladipo are leading the way for the Hoosiers.Hulls grabbed four rebounds and hit 5-of-7 three-point tries. Oladipo scored 10 points, grabbed six rebounds, and shot 4-of-5 from the field. The Dolphins led 13-11 when Indiana went on an 8-0 run to take a six-point lead. The Hoosiers distributed the ball well, with 12 assists on 17 field goals in the first half. Indiana got points from eight different players. Jacksonville fired often and fired with accuracy from distance, hitting 56 percent (5-of-9) of its three-point attempts. Seven Jacksonville players scored in the first half. The Dolphins' Russell Powell had a big first half, with two points and four assists.