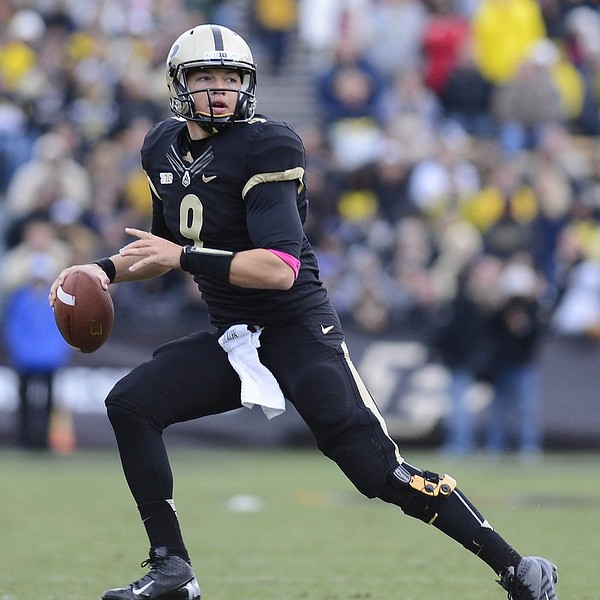 Purdue is going to a bowl for a second consecutive season but the Boilermakers had to finish with a flurry to get there. More was expected from Danny Hope?s fourth team, and that?s why he was fired and Darrell Hazell was hired from Kent State. The offense struggled much of the season and lacked an identity and consistency. But a defense with several legit NFL prospects was the biggest disappointment, ranking No. 11 overall in the Big Ten (407.3 ypg) and 10th in scoring defense (29.0 ppg).

High point: Through nine games, Purdue was 3-6. One more loss, and the Boilermakers would be eliminated from bowl consideration. Led by the inspirational play of QB Robert Marve, Purdue proceeded to win at Iowa, at Illinois and then punch its postseason ticket with an emphatic 56-35 win over Indiana in the Old Oaken Buckeye game.

Low point: A 34-9 home loss to Penn State on Nov. 3 extended the Boilermakers? losing streak to five and made Purdue 3-6 overall and 0-5 in the Big Ten. The outlook for the rest of the season looked bleak for a Boiler squad that appeared lifeless in front of a sparse and disinterested crowd.

Offensive MVP: QB Robert Marve. The coaches perhaps waited too long to anoint the sixth-year senior the starter. Nonetheless, He finally was inserted full-time on Oct. 27 at Minnesota. Playing with a busted ACL, Marve rallied the Boilermakers to three wins to end the season to push Purdue to bowl eligibility. He is second in the Big Ten in passing efficiency, completing 66 percent of his passes for 1,522 yards with 13 touchdowns and three interceptions.

Defensive MVP: T Kawann Short. The massive senior was a consistent force on the interior, earning first-team All-Big Ten honors. Short is fifth in the Big Ten in sacks and third in tackles for loss.