Did You See This? Kelsey on Newtown tragedy 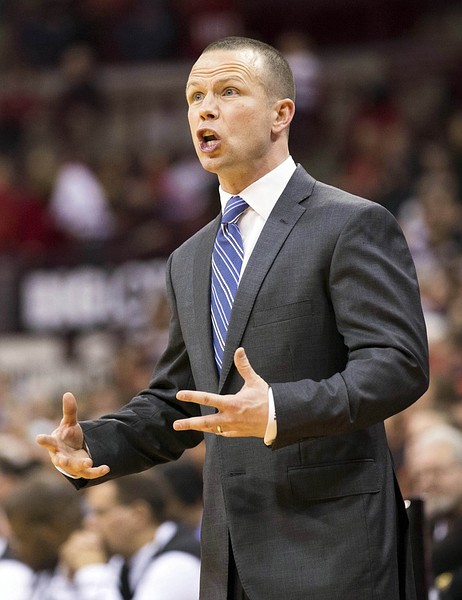 Winthrop coach Pat Kelsey offered some powerful words about the recent tragedy in Newtown, Conn., at the end of his press conference after Tuesday's 65-55 loss at Ohio State. The Cincinnati native and former Xavier player and assistant talked about how lucky he feels to be able to go home to his two young daughters in the wake of last week's tragedy but said it's time for America to do something. Watch Kelsey's message now.

Here's the transcript of Kelsey's presser, courtesy of Cincinnati.com:

?And I?m gonna give them the biggest hug and the biggest kiss I?ve ever given them. And there?s 20 families in Newtown, Conn., that are walking into a pink room with a bunch of teddy bears with nobody laying in those beds. And it?s tragic.

?And our leaders - I didn?t vote for President Obama. But you know what? He?s my president now. He?s my leader. I need him to step up. Mr. Boehner, the Speaker of the House, he?s a Xavier guy, he?s a Cincinnati guy, OK, he needs to step up.

?Parents, teachers, rabbis, priests, coaches, everybody needs to step up. This has to be a time for change. And I know this microphone?s powerful right now, because we?re playing the fourth-best team in the country. I?m not going to have a microphone like this the rest of the year, maybe the rest of my life.

?And I?m going to be an agent of change with the 13 young men I get to coach every day and the two little girls that I get to raise. But hopefully things start changing, because it?s really, really disappointing.