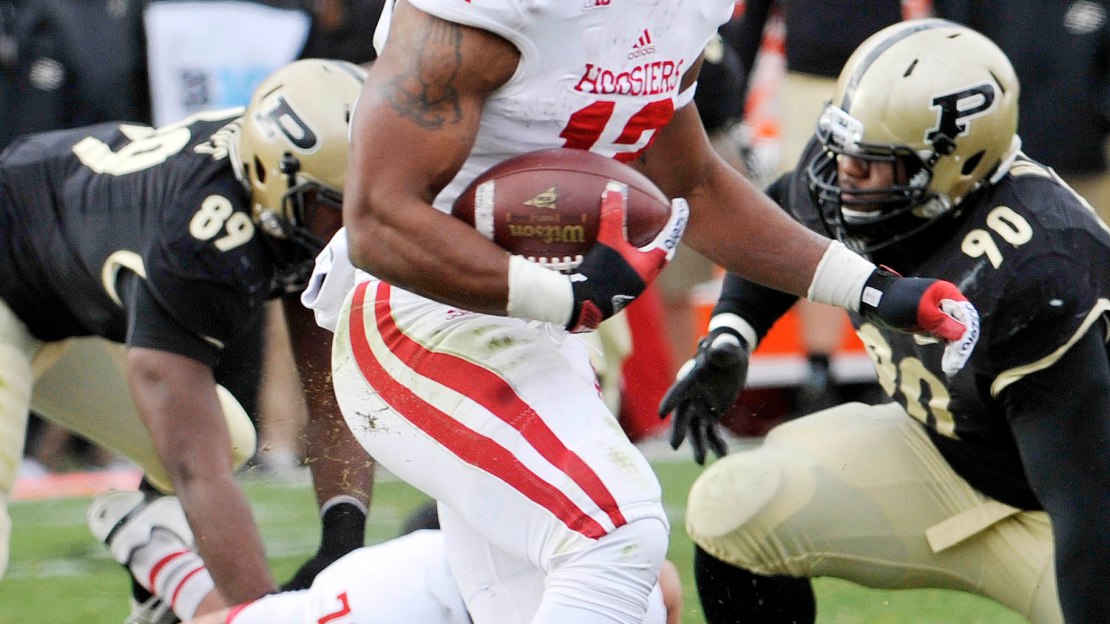 The Hoosiers still are searching for their first bowl trip since 2007, but they made strides in their second season under Kevin Wilson by winning four games after winning only one game overall and none in Big Ten action in 2011. And Indiana did this despite losing starting quarterback Tre Roberson for the season to a broken leg in the second game.

To take the next step, the offense must improve up front and a defense that was last in the Big Ten overall (463.5 ypg) and last in scoring defense (35.5 ppg) needs more speed and talent. Read more season reviews here.

High point: A 31-17 win at Illinois on Oct. 27 ended a five-game losing streak and an 11-game Big Ten losing skid. And the next week, the Hoosiers clipped visiting Iowa, 24-21. The wins offered hope and positioned Indiana to make a run at the Leaders Division title.

Low point: A win over visiting Wisconsin on Nov. 10 would have positioned the Hoosiers to win the Leaders Division and play in the Big Ten championship game. Alas, the Badgers blasted Indiana, 62-14, racking up 605 yards of offense with 564 coming on the ground. The humbling loss was the first of three defeats in succession to end the season, killing postseason dreams.

Defensive MVP: T Adam Replogle. The heady senior was an inspirational leader all season up front for Hoosiers, earning consensus second-team All-Big Ten honors. He led the team in sacks and tackles for loss, often being a disruptive force in the interior. Replogle was a presence that had to be accounted for.