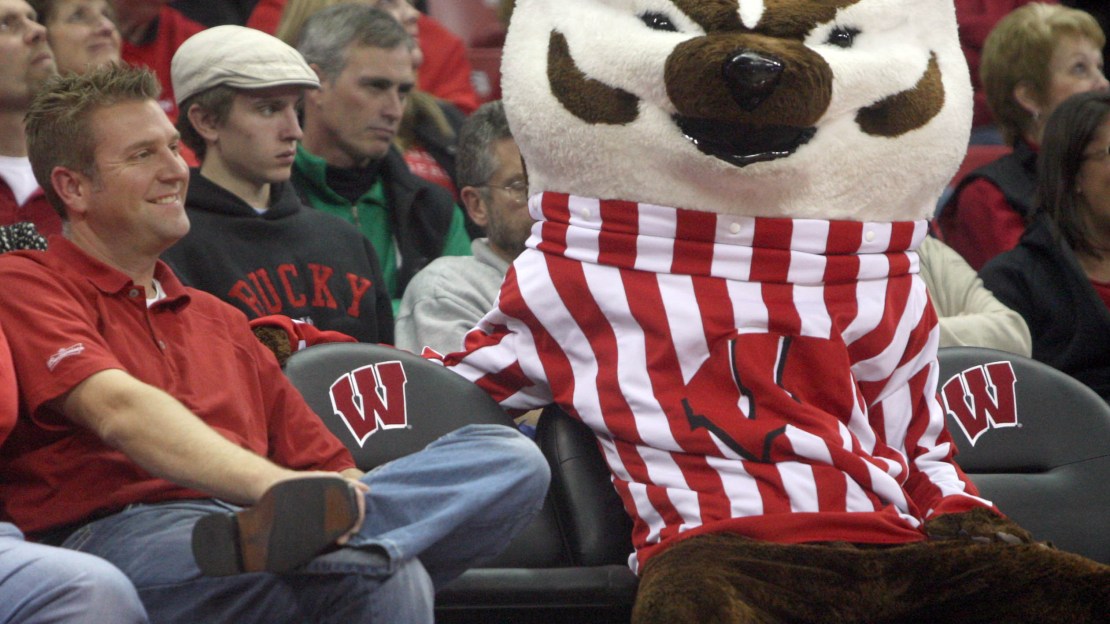 Welcome to the Friday edition of the daily links. And these days, no daily links would be complete without directing you to the latest happenings at Wisconsin. There was a report that emerged last night that Barry Alvarez is interviewing Oregon State coach Mike Riley, which seems curious.

The guy is 59 years old and has no connection to the Midwest. While we wait on a Badger head coach, the Wisconsin staff continues to make news. In fact, more change may be looming at Wisconsin, as Tom Mulhern of the Wisconsin State Journal reports that N.C. State has offered the Badgers? offensive coordinator Matt Canada the same position.

Mulhern notes that Canada worked as the offensive coordinator under N.C. State coach Dave Doeren at Northern Illinois in 2011 before coming to Wisconsin. Doeren, a former Badgers defensive coordinator, was upset at the time about losing Canada to the Badgers. Now, it looks like they will be reunited.

Wisconsin already has seen defensive coordinator Chris Ash opt to join Bret Bielema in Arkansas, and linebackers coach Andy Buh also is expected to join Bielema, according to Mulhern. Will any assistants remain in Madison?

The great David Jones of the Harrisburg Patriot-News had a chat. You need to check it out if you care one ounce about Penn State.

Of course, Jones mentions JC quarterback Jake Waters, who chose Kansas State over Penn State yesterday in what was seen as a big blow to the Nittany Lions. Without Waters, Steven Bench will be the only signal-caller in spring football. So, Penn State remains on the market for another quarterback to join mega freshman Christian Hackenberg, who arrives in the summer.

Kyle Meinke of MLive.com takes a look at what went right and what went wrong during Michigan?s 8-4 season.

Among the positives: Devin Gardner emerged at quarterback; offensive tackle Taylor Lewan became an All-American; Raymon Taylor became a playmaker at cornerback with Blake Countess out with injury. Among the bad: Denard Robinson hurt his right elbow; the tailbacks struggled; the team flopped against the best. My take: What until next year.

Greg Garmon departing Iowa hurts, but the Hawkeyes still have at least five players at running back.

But Marc Morehouse of the Cedar Rapids Gazette wonders: Did Iowa maximize Garmon?s skill set? And Morehouse also points out that the Hawkeyes don?t have a fullback at the moment, as Mark Weisman will stay at running back. I think Kirk Ferentz will figure all of this out.

The final paragraph of the 2012 season hasn?t even been authored, but Columbus Dispatch columnist Bob Hunter already is looking ahead. And he doesn?t think a Big Ten that some project to be remain weak will hurt Ohio State?s run at a national title.

In fact, Hunter points out that the weakness of the Big Ten could work in the Buckeyes? favor. Those who have forecast great things for Ohio State in 2013 routinely mention the weak schedule as one of the reasons. The Buckeyes may lose eight starters on defense, but given the lack of a powerhouse conference opponent, that might not be enough to keep them from running the table again.

On the subject of Ohio State, some odds are out on the 2013 Heisman favorites. Yes, Johnny Football is the favorite at 7:2. But look who?s tied with him?

The decision to sell alcohol at Minnesota?s TCF Bank Stadium raised some eyebrows. It also raised some cash–$900,000 in the first year.

At $7.25 a pop, the sales add up quickly. Cheers to the coffers of the Gophers athletic department!
While booze moved quickly, Minnesota isn?t having as much luck with bowl ticket sales.

Phil Miller of the Minneapolis Star Tribune notes that as of Wednesday, Minnesota had sold about 2,000 tickets to the Dec. 28 game in Houston, almost double the number it moved for its last bowl trip. But even with lagging ticket sales across the conference, the Big Ten has policies in place to help schools cover expenses and avoid big losses. It?s brilliant, really.

Michigan State will play in old Jenison Field House this weekend. Check out this list of memorable moments in the ?Old Barn.? And while you?re at it, check out this video from the Lansing State Journal, with Mark Hollis, Tom Izzo, Jack Ebling and others sharing their first memories of Jenison.

What's your one big upset for bowl season?

My take: How about Nebraska over Georgia in the Capital One Bowl?

The geographical split eventually bombed in the Big 12. The South took over. Why? South had 80% of the prospects. Be careful, #B1G.

My take: Words of advice, as geography isn?t everything.

OB will bring in at least one other QB for spring ball. Guaranteed.

My take: Yes, Bill O?Brien needs to have another signal-caller to take snaps and to push Steven Bench. But, who?