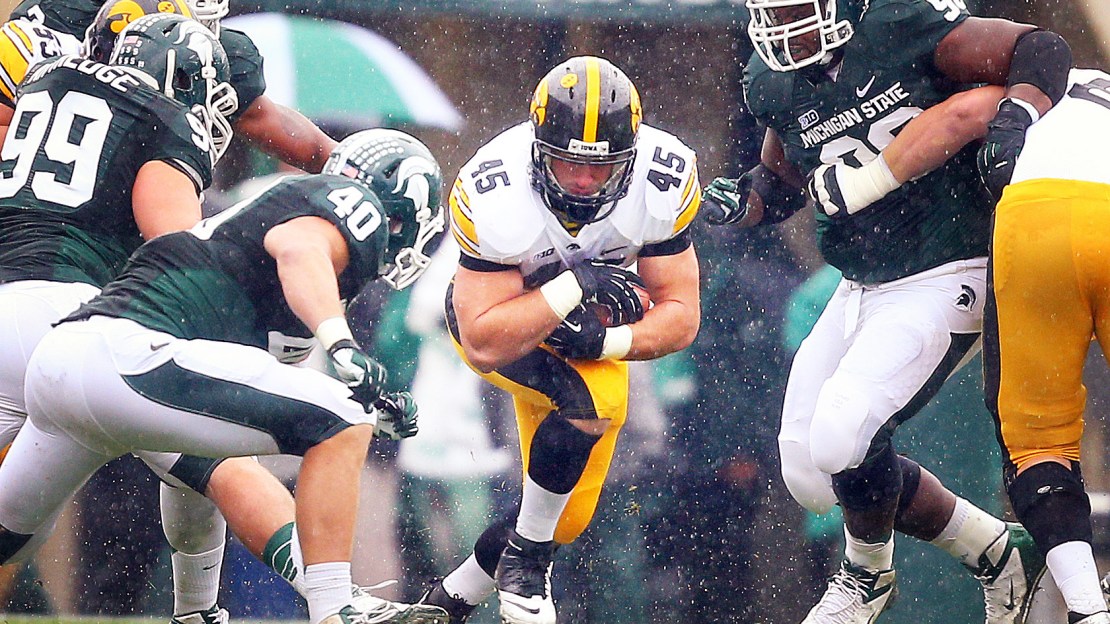 This is a young Iowa team, so few expected a legit contender. But no one envisioned the Hawkeyes floundering. The offense was the root cause, ranking No. 11 in the Big Ten overall (310.4 ypg) and 11th in scoring (19.3 ppg). QB James Vandenberg took a big step back from a productive junior season, dropping from 25 touchdown passes to seven.

The Hawkeyes ended the season on a six-game losing skein, missing a bowl for the first time since 2007, notching their first losing mark since a 6-7 record in 2006 and posting the program?s worst record since a 3-9 mark in 2000, Kirk Ferentz?s second season in Iowa City.

High point: The Hawkeyes opened Big Ten action 2-0, taking a 31-13 win over Minnesota and a 19-16 overtime decision at Michigan State. The win in East Lansing was especially impressive, as Iowa won despite tallying only 257 yards.

Low point: There were a lot of them during that season-ending six-game losing streak. But the topper was a 32-31 loss on Sept. 22 at home to a Central Michigan team that finished 6-6. The Chippewas tallied nine points in the last 45 seconds to take the victory, winning on a 47-yard field goal with three seconds left.

Offensive MVP: RB Mark Weisman. After injury hit the Hawkeye running back corps, Weisman was tabbed. And the Air Force transfer became one of the surprise performers of the 2012 season. The sophomore ran for 815 yards and eight touchdowns despite playing significantly in just six games after not coming on until the third game and then missing two November games with injury.

Defensive MVP: CB Micah Hyde. He was named the top defensive back in the Big Ten, showing a playmaking ability in the secondary. Hyde exceled playing the run and in coverage, ranking fourth in the Big Ten in passes broken up. Also have to mention LB Anthony Hitchens, who led the league in tackles.