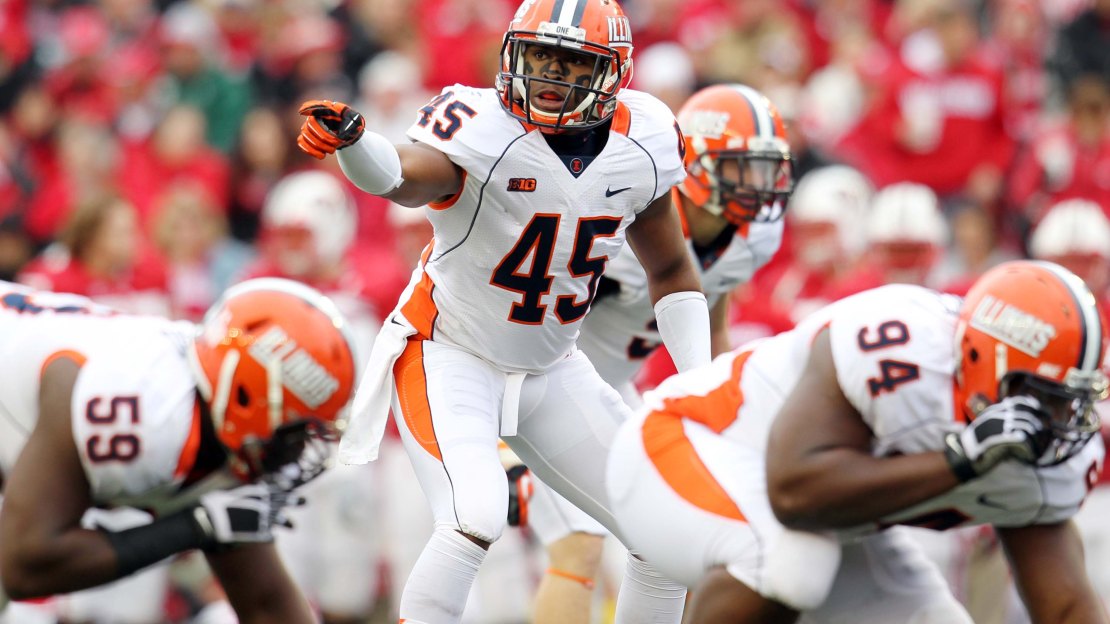 High point: The season opening 24-7 win over Western Michigan was it. In fact, this was Illinois? only victory over any FBS foes. The other win was against FCS Charleston Southern.

Offensive MVP: T Hugh Thornton. The big senior was second-team All-Big Ten by the coaches and honorable mention by the media. No other Illini offensive player earned as many postseason accolades. Indeed, Thornton was the lone consistent bright spot week after week on an otherwise moribund offense. C Graham Pocic also had a standout season.

Defensive MVP: E Michael Buchanan. The rangy Buchanan was one of the few consistent players on a defense that had its struggles, as the Fighting Illini ranked No. 10 in the Big Ten in total defense (387.6 ypg). But Buchanan was a pass-rushing force who had to be accounted for.