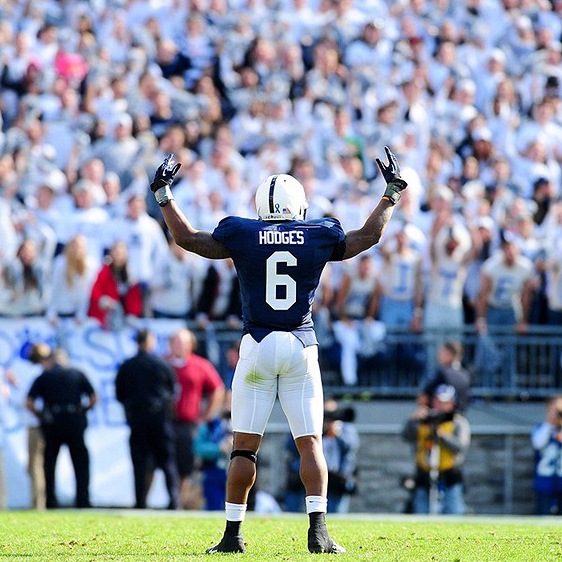 The challenges were many for a program rocked by scandal and probation that saw some top players transfer before the season began. But Bill O?Brien and the Nittany Lions never flinched-not even after an 0-2 with losses to Ohio and at Virginia.

Penn State went 8-2 in its last 10 games, with the losses coming to the Big Ten?s two best teams in Nebraska and Ohio State. A potentially forgettable season became an unforgettable one in State College, Pa.

High point: Penn State saved its best for last in taking a 24-21 overtime win at home over Wisconsin against a team that?s headed to the Rose Bowl. The Badgers tied the game with 18 seconds left to force overtime, but Penn State prevailed in the extra session on Senior Day with players wearing the No. 42 of injured star linebacker Michael Mauti on their helmets.

Low point: The season-opener figured to be packed with emotion as Bill O?Brien made his debut and the nation got a first glimpse of the Nittany Lions and their short-handed roster. It started well, as Penn State jumped to a 14-3 halftime lead. But Ohio pulled away in the second half en route to a 24-14 triumph. It looked like a season forecast of doom and gloom was going to come true. And a 17-16 loss at Virginia the next week cast more doubt.

Offensive MVP: QB Matt McGloin. The former walk-on battled for a job his entire career before finally staking claim as a senior. And he delivered one of the greatest seasons ever by a Nittany Lions signal-caller and leaves campus as an all-time great. McGloin paces the Big Ten with 3,271 yards passing with a league-high 24 touchdown throws with just five interceptions and a 60 percent completion percentage, as he embraced O?Brien?s complex ?NASCAR? attack to lead the No. 2 passing attack in the Big Ten (273.6 ypg).

Defensive MVP: LB Michael Mauti. He battled back from myriad knee injuries to be the face of the program, a defiant player whose passion spilled onto the field each game en route to finishing seventh in the Big Ten in tackles. Even after suffering yet another season-ending injury vs. Indiana on Nov. 17, Mauti still inspired from the sideline and was honored by teammates wearing his No. 42 on their helmets for a defense that allowed just 19.1 points per game.