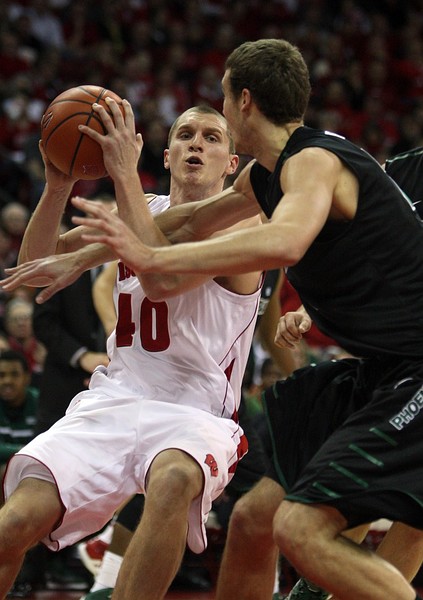 Ryan Evans scored 13 points to lead Wisconsin to a 65-54 win over Wisconsin-Green Bay on Wednesday night. Sam Dekker and Jared Berggren each added 10 points for the Badgers (7-4).

Coming off a deflating loss to in-state rival Marquette on Saturday, the Badgers started the game in a funk. They hit just four of their first 14 shots, and Green Bay led 19-12 a little more than midway through the first half.

FINAL: A run lasting across the halftime break allowed Wisconsin to defeat Green Bay 65-54 on Wednesday at the Kohl Center in Madison. Wisconsin (7-4) trailed 21-14 in the first, but a 31-8 run allowed it to take a 16-point lead midway through the second half.Ryan Evans sparked the Badgers, as he had 13 points for Wisconsin in the game. Frank Kaminsky shot 3-of-5 from the field and scored eight points for the Badgers.