Mailbag: What about Gruden at Wisconsin? 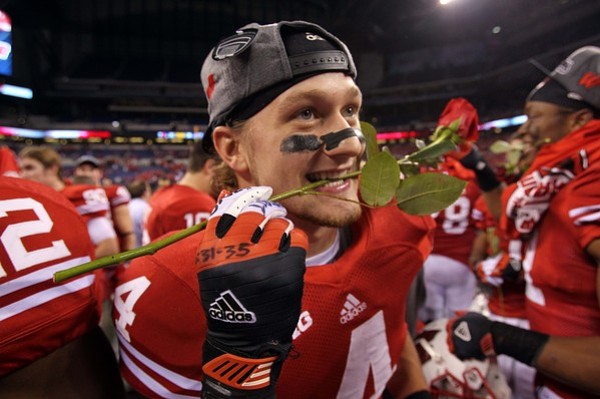 You have questions, and I have answers in this week?s mailbag. Many of you remain focused on football-and coaching news-even though hoop season is starting to hit full-stride.

Bottom line: There?s a lot going on in the Big Ten with the holidays fast approaching.

Who do you think Barry Alvarez will pick for the Badgers head coaching position? – Jeff Linderman

Good question. Alvarez is well-connected and figures to make a good hire. Some have told me they think he will want to hire a person with head coaching experience, as he may not have the time, energy or inclination to groom someone-as Alvarez did with Bret Bielema. Thinking along those lines, coaches like Boise State?s Chris Petersen, Miami?s Al Golden and Iowa State?s Paul Rhoads make a lot of sense. Brad Childress also is mentioned. But Alvarez still could tab an assistant, like Pitt offensive coordinator Joe Rudolph or Oklahoma co-offensive coordinator Jay Norvell.

I would really love to see Jon Gruden come to Wisconsin. What are the chances of something like this happening? – David Ring

I think the Badgers have two shots at Gruden: 1. Slim. 2. None. I just don?t think Gruden EVER will be a college coach. He has been away from the college scene for years. And there is so much more to deal with in college than in the pros, like recruiting, dealing with boosters, academics, etc. Long story short, Gruden is an NFL coach. Period. Let?s stop with this annual dance. It has become tiresome and boring.

How many Big Ten quarterbacks are starting in the NFL? – Robert Ledford

Here is a breakdown of where each starting quarterback from last week in the NFL attended college.

Perhaps both rivalries (Nebraska-Oklahoma and Penn State-Pitt) are being renewed with future conference expansion in mind. What do you think? – DJ

Hmmm. I had not thought about that, but I think you are wrong. I don?t think Pitt is an option, as it doesn?t ?move the needle? when it comes to enhancing the Big Ten?s demographics. The Big Ten has Penn State. Why add Pitt? Would Oklahoma be a Big Ten target? I am not sure. Are the academics of Oklahoma up to Big Ten standards? Not so sure about that. And Oklahoma wouldn?t add much from a TV standpoint in a lightly-populated state, but the school?s athletic programs typically are strong across the board. Still, I don?t see OU being a serious candidate. Rather, focus on Georgia Tech, Virginia, Kansas and North Carolina, when it comes to Big Ten expansion.

What are the chances that Bill O'Brien navigates four years of sanctions and remains coach once the sanctions expire? – Rob

The early returns look good. O?Brien forged an 8-4 record in his debut season that surprised a lot of people. And he?s off to a strong start in recruiting for the Class of 2013. But to have sustained success in the near future, Penn State will need to ?hit? on most every recruit, have few key injuries and develop a strong walk-on program, as scholarship limitations kick in. All of those things can happen, but it will be a challenge for the Nittany Lions and O?Brien. But O?Brien may see enough potential to stay in State College. I wouldn?t be shocked if it happens.

In the midst of all the talk of inevitable expansion to 16 teams, is there any chance or consideration of adding Missouri? – Steve

I think that ship has sailed, as most believe Missouri was given heavy consideration when the Big Ten expanded the last time-and opted to add Nebraska instead. In fact, some believe Missouri was surprised it wasn?t selected. Who knows why the Tigers weren?t selected? Maybe Mizzou didn?t bring enough to the table to enhance the Big Ten?s TV footprint. Who knows? In the end, Missouri landed in the SEC, which isn?t such a bad thing. So, it isn?t going anywhere now.