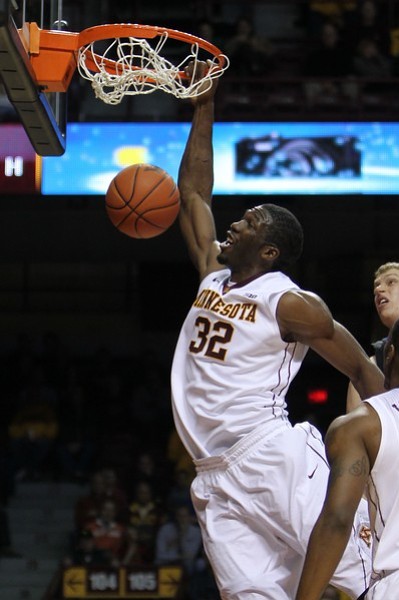 Time to mix some hoops and basketball in my daily links. But this item on expansion caught my eye. Wisconsin athletic director Barry Alvarez said that recent Big Ten expansion that added Rutgers and Maryland was done to keep Penn State happy.

Some Penn State fans wanted a move to the ACC. With Pitt and Syracuse set to join the ACC for the 2013-'14 seasons, Penn State would in the middle of the "new" ACC country.

?That northeast corridor, all the way to the south, continues to grow?(Big Ten commissioner Jim Delany) felt that someday, if we didn?t have anyone else in that corridor, someday it wouldn?t make sense maybe for Penn State to be in our league," Alvarez told the Milwaukee Journal Sentinel.

[REALTED: Take our Big Ten expansion/realigment survey and tell us what you think. ]

Makes sense? It does to me. Of course, we all now wait for the next move. Oh, it?s coming.

Michigan is off to its best start in 24 years, but John Beilein isn?t impressed-at least not yet, says Nick Baumgardner of MLive.com.

Still, there is plenty of optimism. Why? Michigan has a ton of depth, a ton of athletes and a ton of players who can score the basketball, says Baumgardner. The Wolverines have their highest ranking (No. 3) in 18 years, and are 9-0 for the first time since 1988-89, a season that ended with Michigan's only national title. You thinking what I?m thinking? Hmmm.

In fact, Mbakwe recently declared himself ?100 percent,? which is great news for a Golden Gophers team that is primed for a big season. But for now, Mbakwe is coming off the bench. So far, so good, but he?d like to play more. Patience, Big Trevor. Patience.

The good ol? days look like they may have returned at Iowa, thanks to a roster that teems with talent and potential. One of the most promising players is freshman point man Anthony Clemmons, who is from all places-Lansing, Mich.

That?s right, says Mike Hlas of the Cedar Rapids Gazette. A really good basketball player from Lansing was unrecruited by Michigan State Coach Tom Izzo and has quickly emerged as a confident, capable and smart addition to Iowa?s program 10 games into his college career. Wait, what?

?He was on a team that had multiple stars. So I think what you needed to do and what we were able to do is watch his team play enough to assess how complete his game was.?

Remember Joel Stave? The Wisconsin quarterback who broke his collarbone against Michigan State on Oct. 27? Well, six weeks later, he?s back at practice, prepping for the Rose Bowl.

Curt Phillips has taken over and done a solid job. So, Tom Mulhern of the Wisconsin State Journal says it seems highly unlikely the coaches would switch starting quarterbacks at this point. However, if Stave continues to progress, the coaches might want to give him a couple series in the Rose Bowl to see what he can do. Stave also might be prepared in case the Badgers fall behind and have to throw more. Either way, it?s great to see the redshirt freshman back.

The great Loren Tate of the Champaign News-Gazette would like to introduce you to the new Brandon Paul.

Tate notes that there?s a maturity to Paul that wasn?t present during his early years, and particularly in last season?s devastating 2-12 finish. He is a team player, and he is affecting every part of the game, whether it?s forcing turnovers, blocking shots or feeding an open teammate. He is the force behind Illinois? 10-0 start.

It?s gonna be a fun winter in Illinois!

Tom Shatel of the Omaha World-Herald notes that Tom Osborne was 5-11 vs. Oklahoma from 1973-88, when the two programs annually waged for the Big Eight title. But Nebraska stuck with him-and he eventually delivered national titles. Will the Cornhuskers be patient with Bo Pelini, despite his big-game struggles?

Shatel says Pelini must give himself a chance to make it. If necessary, alter the staff, rework the offense, change how and where you recruit. If he doesn't deem it necessary, stand pat and keep growing. But, no doubt, the presence of a new A.D. in Shawn Eichorst will make 2013 a very interesting year.

Like Shatel, I think Pelini eventually will enjoy a big breakthrough, like Osborne. He just needs a bit more time.

Want an example of how patience can pay off? Look no further than Georgia and coach Mark Richt, the Huskers? foe in the Capital One Bowl. Richt once was on a hot seat. But now, he?s thriving.

Michigan State?s old Jenison Field House will come to life later this week with men?s basketball for the first time since 1989.

For you young people out there, this was the venue for Magic Johnson?s magical teams, including his 1979 national title team. Enjoy it, as this likely will be the last time Jenison will play host to men?s hoops. I can?t wait and I wish I was gonna be there.

Indiana CoachTom Crean said teams have to be aware of Iowa

My take: No doubt. I think the Hawkeyes could be the surprise team in the conference.

My take: I am leaning toward Harris right now. Should be fun!

Bill Carmody, on Crawford, Swopshire's struggles: "It's not just tonight that they've struggled, it's a continuing kind of thing."

My take: The Wildcats need to get these guys going.