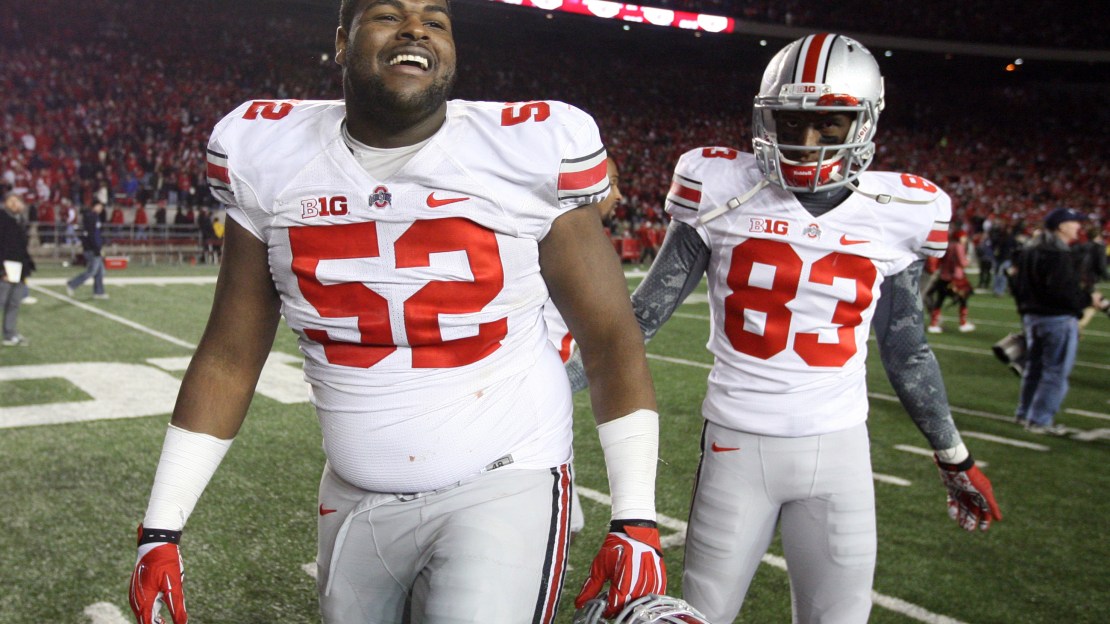 It was no surprise to see Ohio State defensive tackle Johnathan Hankins announce he?s bypassing his senior season to turn pro. He?s a likely first-round draft choice, and he spent most of the season atop BTN NFL draft expert Russ Lande's Big Board.

The Buckeyes will miss Hankins presence inside, as massive 300-pound run-stuffers like him are difficult to find.

Exasperating issues along the defensive line is the fact star senior end John Simon also is gone. Other departing seniors from up front will be end Nathan Williams and tackle Garrett Goebel.

Still, Ohio State welcomes backs a strong collection of defensive linemen for a team that went 12-0 in 2012 and figures to be a preseason Top 5 team and Big Ten favorite in 2013.

The Buckeyes signed a star-stuffed collection of defensive linemen last February-and several flashed potential this fall, including tackles Adolphus Washington and Tommy Schutt, who figure to help fill the void left by Hankins. Noah Spence is another sophomore-to-be with star potential. Others to watch will be Joel Hale, Steve Miller and Michael Bennett.

The back seven on the Ohio State defense looks more stable, with linebacker Ryan Shazier back along with cornerback Bradley Roby and safeties Christian Bryant and C.J. Barnett. But some of them could turn pro. Stay tuned.