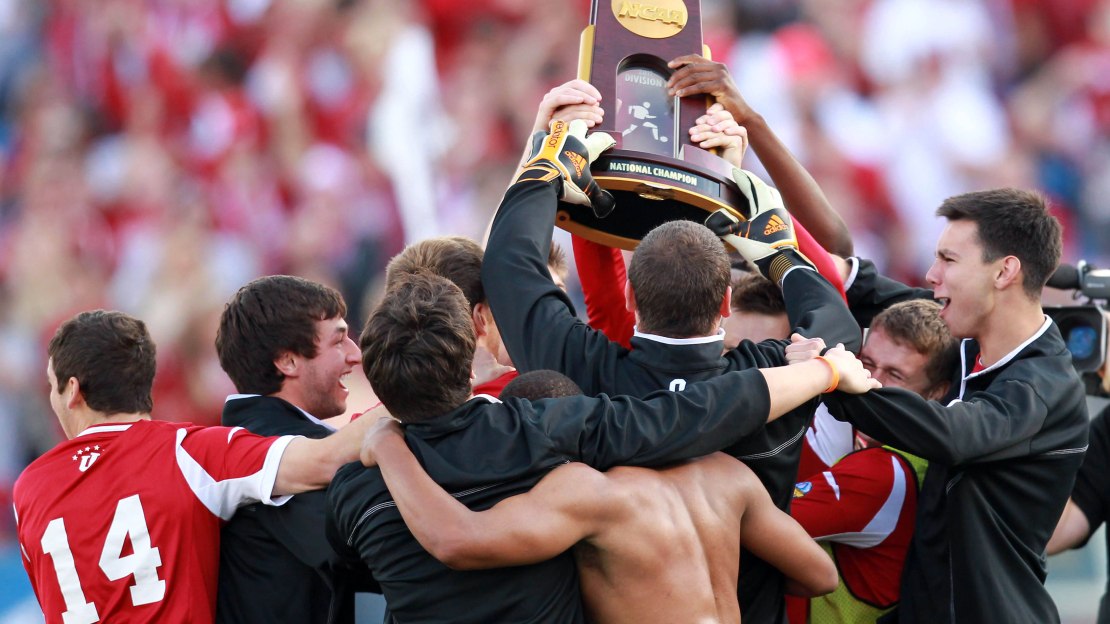 Indiana got a goal from Nikita Kotlov in the 64th minute and the stifling Hoosier defense made it stick Sunday. Indiana defeated Georgetown 1-0 at Regions Park to claim its eighth national championship.

The goal came after a kick from near the corner-kick spot came in to Eriq Zavaleta. Georgetown goalkeeper Tomas Gomez rushed to the right of the goal to keep Zavaleta in check. When Zavaleta's header attempt came to the center, Kotlov then had a wide-open net and didn't miss.

It was Kotlov's ninth goal of the season and one of a dozen shots the Hoosiers took in the second half.

"I think Eriq deserves a lot of credit," Kotlov said. "As you can see from the past few games, he's assisted on a cross. This was just like that. Eriq makes a great run gets to the ball, sees me there and makes it really easy for me. I just tapped it away."

Read the full recap at IUHoosiers.com.

Once again it is clear for all to see. We have the FINEST Soccer Program in the Country. They showed great toughness and resiliency all year