No. 14 Illinois tops No. 10 Gonzaga in battle of unbeatens 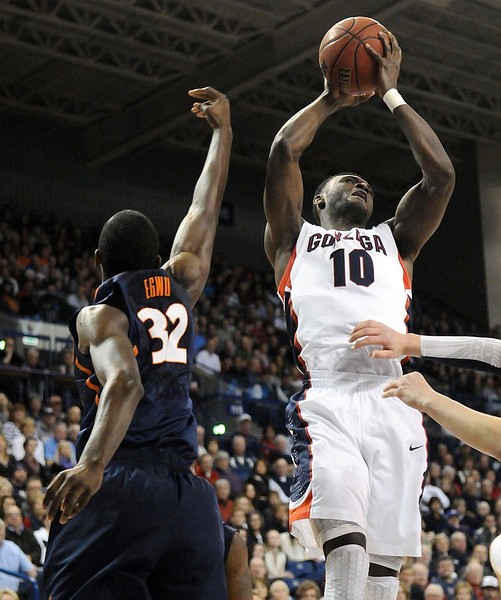 Brandon Paul scored 35 points to lead No. 13 Illinois over No. 10 Gonzaga 85-74 on Saturday in a matchup of unbeaten teams. Tracy Abrams added 14 points for Illinois (10-0) and new coach John Groce is off to the best debut for an Illinois coach in the team's modern history.

Myke Henry's basket gave Illinois its first lead of the game at 44-43 in the opening seconds of the second half, and the Illini pushed that to 54-49 by making all five of their field goals to open the half.

FINAL: Brandon Paul scored 35 points and grabbed four rebounds to lift No. 14 Illinois to an 85-74 upset win over No. 10 Gonzaga on Saturday at McCarthey Athletic Center in Spokane. Illinois shot 50 percent from the field (30-of-60), including 42 percent from downtown (11-of-26). Tracy Abrams added 14 points and D.J. Richardson 11 for the Illini, who moved to 10-0 with the victory. Kelly Olynyk contributed 16 points, pulled down eight rebounds, and went 7-of-9 from the field for Gonzaga (9-1) in the loss.

HALFTIME: No. 10 Gonzaga and No. 14 Illinois go into the half even at 41, with a standout performance from the Fighting Illini's Brandon Paul, who has scored 18 points. Tyler Griffey hit a buzzer-beater to draw the Illini even before the half. The Bulldogs have been effective inside, making 12-of-17 two-point field goals, but Gonzaga has struggled on the perimeter, shooting 2-for-6 from three-point range. The Bulldogs' Kelly Olynyk had a big first half, with eight points and four rebounds.