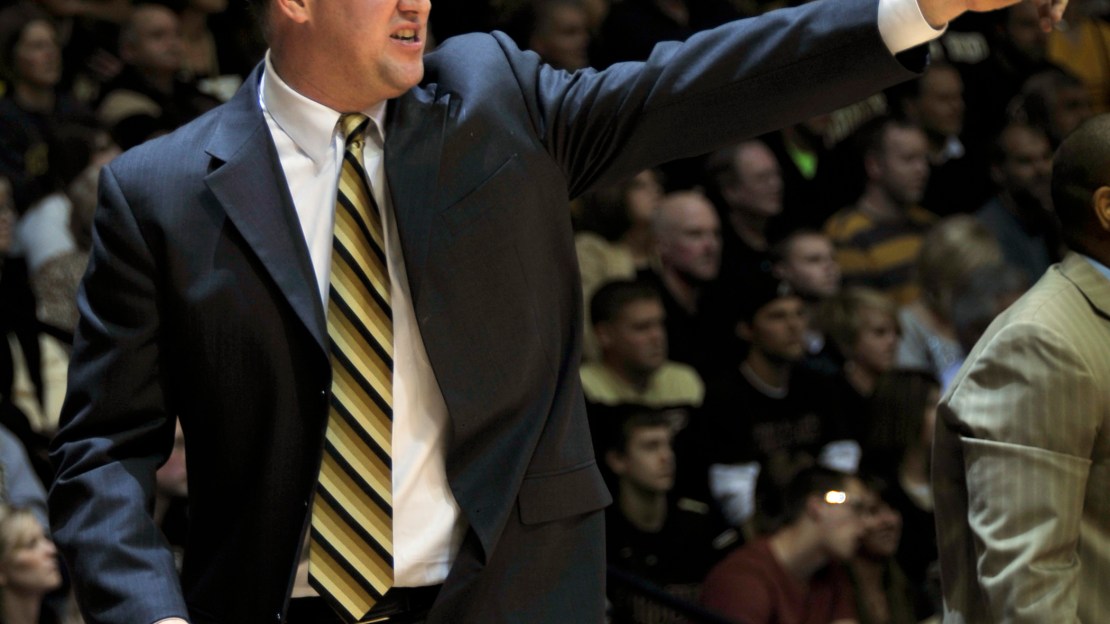 Derek Thompson scored eight points and Eastern Michigan held off Purdue 47-44 on Saturday afternoon. The Boilermakers (4-5) rebounded a missed free throw and had a chance for a tying basket with 8.7 seconds to play, but Dru Anthrop threw the ball away near midcourt. It was the last of Purdue's 18 turnovers.

The Eagles (6-2) missed all eight of their tries from behind the arc in the first half but made three in the first five minutes of the second, including Glenn Bryant's 3-pointer that broke a 26-all tie 3 minutes in and gave Eastern Michigan the lead for good.

Terone Johnson had 12 to lead the Boilermakers, who got 11 each from Ronnie Johnson and A.J. Hammons.

FINAL: Eastern Michigan held Purdue to 14-of-47 shooting, as defense led the Eagles to a 47-44 victory on Saturday at Convocation Center in Ypsilanti. The Eagles built a 10-point advantage on a field goal by Daylen Harrison in the middle of the second half, but nearly blew it. Terone Johnson contributed 12 points for the Boilermakers in the loss. More Purdue scoring came from Ronnie Johnson and A.J. Hammons, who each scored 11.

HALFTIME: Purdue held Eastern Michigan's offense to 27 percent shooting, helping the Boilermakers to a 20-19 halftime advantage. Both teams have been able to control the opposition's leading scorer, as Derek Thompson (zero points) and Purdue's Terone Johnson (3) had quiet first 20 minutes. The Boilermakers didn't trail once in the first half and led by as many as nine points.