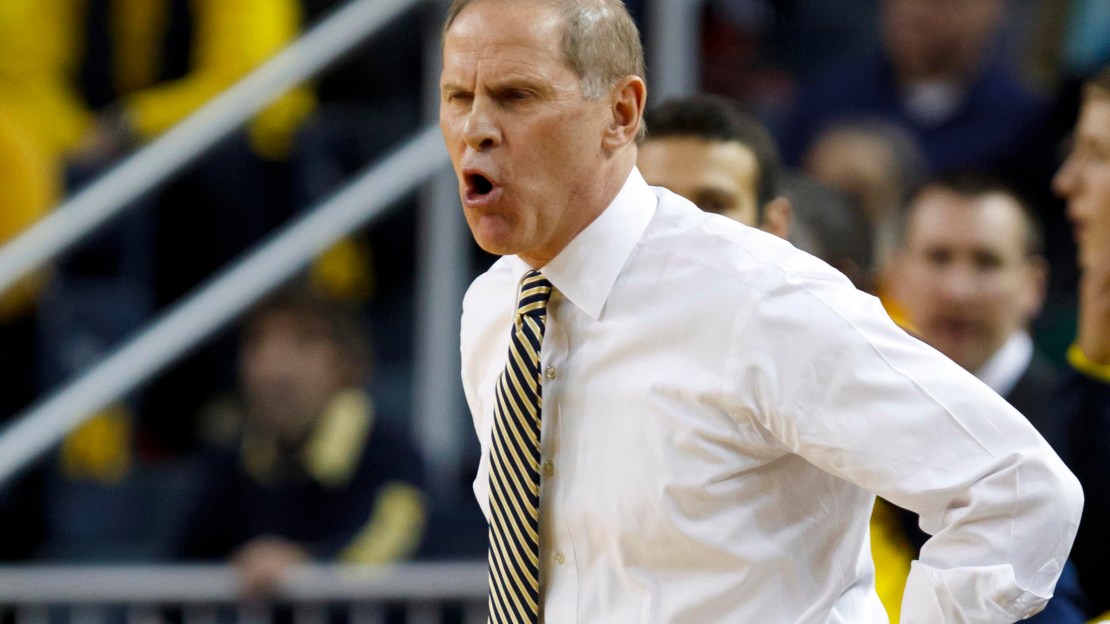 Jordan Morgan scored a season-high 12 points and matched a season high with 10 rebounds to help No. 3 Michigan beat Arkansas 80-67 Saturday. The Wolverines (9-0) are off to their best start since they won the first 11 games of the 1988-89 season, when they went on to win the program's only national title.

Michigan led by 13 in the first half, but the game got close after halftime.

The Razorbacks opened the second half with an 11-2 run to pull within two points and trailed 56-55 with 8:58 left. The Wolverines went on a 10-2 run and coasted to the win, John Beilein's 100th in six seasons at the school.

Marshawn Powell had 18 points for the Razorbacks (4-4).

Trey Burke slams on break, gets T'ed up:

Mitch McGary tips one in:

FINAL: Glenn Robinson III scored 17 points and grabbed six rebounds and Jordan Morgan added 12 points and 10 boards as they teamed up to lead No. 3 Michigan to an 80-67 victory over Arkansas on Saturday at Crisler Center in Ann Arbor. Michigan (9-0) hit 47 percent of its field goals (29-of-62). The Wolverines shot 7-of-18 from three-point range during the game, good for 39 percent. Michigan crashed the offensive glass effectively, grabbing 16 offensive boards.  Trey Burke (16 points), Tim Hardaway Jr. (14) and Nik Stauskas (12) also scored in double digits.

HALFTIME: Jordan Morgan and Glenn Robinson III have teamed up to give No. 3 Michigan a 42-32 lead over Arkansas. Morgan scored 10 points, grabbed five rebounds, and shot 4-of-5 from the field, while Robinson III added 10 and four and also shot 4-of-5. The Wolverines controlled the boards, outrebounding the Razorbacks 21-8 in the first half. Michigan didn't trail once in the first half and it also led by as many as 13 points.