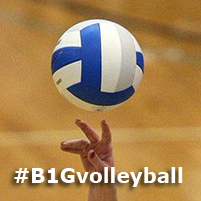 Six Big Ten women's volleyball teams advanced to the round of 16 in the NCAA tournament and all six played Friday night. Both Penn State and Nebraska swept their opponents to advance to Saturday's round while Minnesota and Michigan moved on by defeating Big Ten foes Purdue and Michigan State , respectively.

Penn State 3, Kentucky 0: No. 1 Penn State (32-2) earned a 3-0 (25-18, 25-21, 25-12) win against No. 16 seed Kentucky (22-11) in the NCAA Regional Semifinal hosted by Purdue University. The Nittany Lions play in the regional championship on Saturday at 4 p.m. ET against No. 8 Minnesota. Penn State improved to 77-26 overall in NCAA Tournament matches. The Nittany Lions are appearing in the NCAA Regional Championship for the 13th time. Read more at GoPSUsports.com.

Nebraska 3, Washington 0: The fourth-seeded Nebraska volleyball team handed No. 13 seed Washington its only sweep of the season, defeating the Huskies 25-14, 25-21, 25-23 in front of 8,954 fans in Omaha. With the win, the Huskers (26-6) advanced to Saturday?s NCAA Regional final against fifth-seeded Oregon, a 3-1 winner over No. 12 seed BYU in Friday?s first match. Read more at Huskers.com.

Track the entire tournament at NCAA.com with their updated tourney bracket.