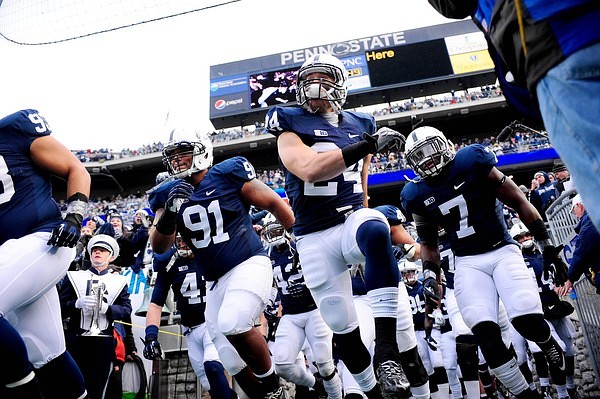 It wasn?t long ago that news broke about Oklahoma and Nebraska agreeing to renew their rivalry. Now, Penn State and Pitt have reached an accord to extend an earlier agreement that renewed their great series.

In June, 2011, Penn State and Pitt announced they would meet Sept.10, 2016 in Pittsburgh and Sept. 16, 2017 in State College. Today, Penn State announced that agreement has been extended two years, with the schools now meeting each year from 2016-19.

Penn State has played Pitt more any other foe, and the Nittany Lions hold a 48-42-4 overall lead.

[RELATED: What do you think about this? Tell Tom Dienhart. ]

The schools haven?t played since 2000, which was a shame. The rivals, located about 180 miles apart, tried to reach an accord on scheduling prior to the June 2011 agreement, but Penn State insisted on playing two games in State College, Pa., and just one in Pittsburgh. The Panther brass wouldn?t sign off, so the classic rivalry stood dormant.

This is one of the best rivalries in the nation when it comes to history, full of great coaches (Joe Paterno, Johnny Majors, Jackie Sherrill) and great players (Hugh Green, Dan Marino, Tony Dorsett, Franco Harris, Matt Millen, Todd Blackledge).

It?s great news in a conference expansion era that is wiping away many classic rivalries, like Missouri-Kansas, Michigan-Notre Dame and Texas-Texas A&M, among others.