Dienhart: It's Alvarez for now, but who's next? 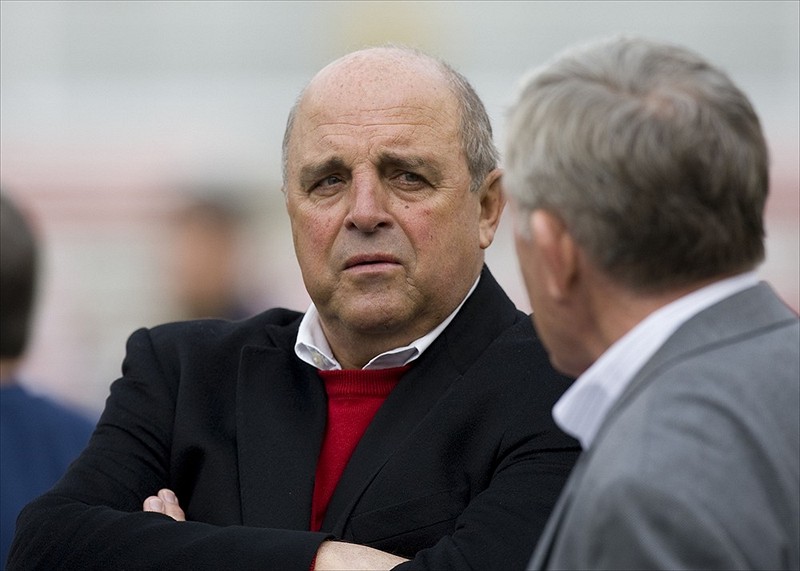 A third consecutive trip to the Rose Bowl is something to celebrate for Wisconsin. But the euphoria is muted a bit by the unknown of who will be the next Badger head coach with Bret Bielema off to coach Arkansas after seven seasons and a 68-24 record.

Wisconsin athletic director Barry Alvarez addressed the media today, commenting on a variety of subjects. First and foremost: Alvarez will coach the Badgers in the Rose Bowl after being asked to do so by the players. He will oversee things, letting the coaches assemble the game plan. Alvarez went 118-73-4 from 1990-2005 as Wisconsin coach with a 65-60-3 Big Ten mark and 11 bowls (three Rose Bowls), pulling the program from the ashes and making it nationally relevant.

Here?s what else we learned from Alvarez.

Alvarez says he isn?t in a big rush to fill the spot, and he already has received ample interest in what is one of the top jobs in the nation. And, no, he won?t take the job himself, though Alvarez did say he is contacted every year by others to solicit his interest in returning to the sidelines.

Like everyone else, Alvarez was blindsided by Bielema?s decision to go to Arkansas, which never contacted him to request permission to speak to Bielema. Alvarez said Bielema was ?like a son,? tabbing him to replace him beginning with the 2006 season in what at the time was a bit of a surprising move.

Bielema hasn?t said why he opted to leave. Some speculate he wanted to escape Alvarez?s shadow, that he was sensitive to criticism, that he had done all he could do in Madison and wanted another challenge. Whatever the reason, Bielema is gone and Wisconsin must turn the page on Bielema and find a coach to compete in a Big Ten that only figures to become more competitive.

The rumblings and murmurs about who will replace Bielema have begun to churn. But Alvarez shot down a big one when he said Wisconsin would not pursue Paul Chryst, the former Badger offensive coordinator and Madison native. Chryst just finished his first season at Pitt and recently publically pledged his allegiance to the school that is on its fourth coach since 2010.

If not Chryst, than who? Some names to watch:

Boise State coach Chris Petersen. This is a ?pie in the sky? candidate. Some say he has talked to Wisconsin. Other reports refute it. Seems like a long shot.

Notre Dame defensive coordinator Bobby Diaco. They guy is hot, leading one of the nation?s top defenses. In fact, he holds the same position Barry Alvarez held prior to coming to Wisconsin.

Miami (Fla.) coach Al Golden. With the Hurricanes seemingly poised for NCAA sanctions, Golden may be looking to escape. His style would play well in Madison and the Big Ten. But the former Penn State tight end has no ties to Alvarez.