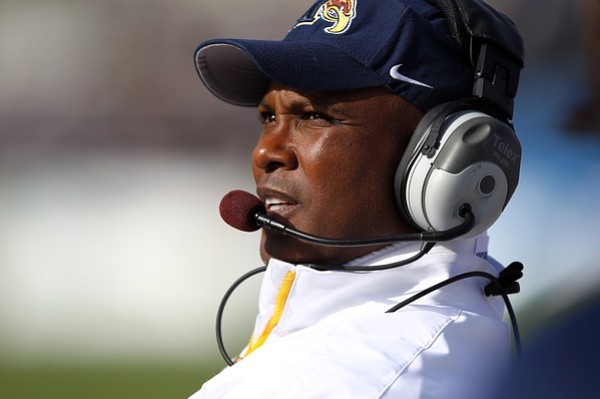 Purdue made it official Wednesday night, introducing Kent State's Darrell Hazell as its new head football coach. A former Ohio State assistant, Hazell replaces Danny Hope, who was fired last month after four seasons. As previously reported, Hazell will coach Kent State in its bowl game Jan. 6, 2013, and come to West Lafayette for good the following day. Check out some of the tweets on Hazell in this post.

We got us a ball coach #Boilers! Very excited Coach Hazell is at Purdue! Looking forward to the future of our program pic.twitter.com/Y0lZ1DCm

Jst met Darrell Hazell, definitely landed an outstanding coach. Hats off to our AD for pulling strings to get him here, Bright future ahead!

Glad to say we got Darrell Hazell as our new head football coach. Awesome past as a WR coach, lookin forward to meeting him! #BoilerUp

Just met Coach Hazell, seams like genuine person and coach. Excited about playing for him already, no doubt headed in the right direction

Very anxious and excited about meeting Coach Hazell. What he's done in the past is very exciting for the Purdue football program

#Purdue fans should be excited about Darrell Hazell. He may not be a big name, but he's everything that program needs. #homerunhire

Hazell showing sense of humor, too. This guy is a home run.

Very impressed with Darrell Hazell from his press conference. He's got a lot of work to do at Purdue, though.

Happy for Darrell Hazell, new coach at Purdue. Appreciated his intelligence and professionalism when he was OSU asst. Class guy.