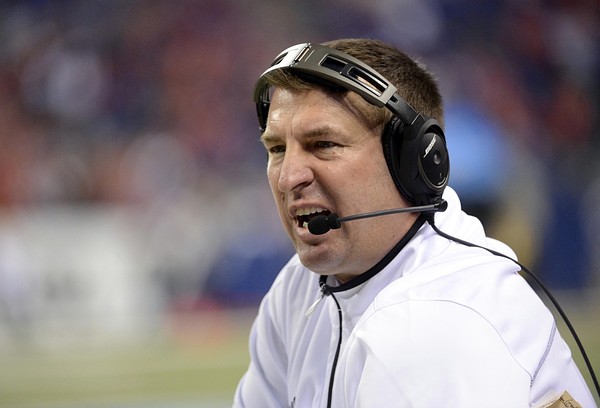 Yahoo! Sports writer and "Big Ten Football & Beyond" correspondent Pat Forde set off quite the firestorm Tuesday when he reported Bret Bielema was headed to Arkansas. The move came out of nowhere and surprised everyone. After all, Bielema and the Badgers are headed to their third consecutive Rose Bowl. Check out some of the best tweets on Bielema's move in this post.

Wow I'm am beyond shocked!!!!!! Congrats to coach B though he deserves it!!

Sad to see @BretBielema go but wish him the best of luck!! Barry u should do a round two!

Badger Nation will be fine. #OnWisconsin

Scared him right out of the Big Ten…

So, obviously, Bielema coached #B1G title game knowing he was going to Arkansas. I thought that "W" he made with his hands was sincere.

This has been the greatest 3-year run in Wisconsin history. You think there's a clear guy out there who will do better? Good luck.

Bielema is a good fit at Arkansas. He's had to be a better recruiter than everyone else at Wisconsin. Same deal here.

Bielema headline: From Brats to BBQ.

Bret Bielema met his wife at a blackjack table in Vegas. Dude's got some gamble in him.

Huge black eye for the Big Ten after a miserable season. Coach of 3-time champ shouldn't be leaving for a second-rate SEC job.

That Bret Bielema-Les Miles chess match is going to be fun to watch.

The #Badgers have zero kids from Alabama, Arkansas, Mississippi, Louisiana or Georgia currently on their roster. A few from Texas, Florida.

As I reported the other day, Tennessee reached out to Bielema. Heard rumors about Arkansas. Didn't think he would take either job. Stunned.

Wisconsin's Bret Bielema to Arkansas in a shocker. Could this impact #Purdue's search?

I want to see Bret Bielema battle for recruits. I'm not sure he can. His life just got much more difficult imo.

How good is this Bret Bielema-Will Muschamp wrestling match going to be?