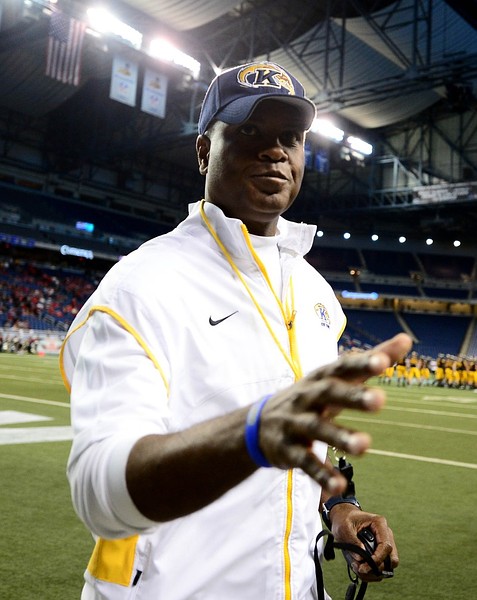 Hazell went 16-9 in two seasons at Kent State, a notoriously bad MAC program. He went 11-2 this season, including an 8-0 mark in MAC play, on his way to claiming the East Division title and MAC Coach of the Year. The Golden Flashes just missed out on a likely BCS bowl bid when they lost a 44-37 double-overtime thriller to Northern Illinois in the MAC title game.

Hazell is a native of New Jersey and went to college at Muskingum. Hazell began his coaching career at Oberlin in 1986, and he's spent time at Eastern Illinois, Penn, Western Michigan, Army, West Virginia, Rutgers and Ohio State. The stop in Columbus was his last before taking over Kent State, as Hazell was the Buckeyes? assistant head coach and receivers coach under Jim Tressel. A big key to Hazell?s success will be dependent on the staff he builds. Will his entire Kent State staff come with him to West Lafayette?

Hazell, 48, takes over for Danny Hope, who was fired after four seasons, going 22-27 overall and 13-19 in the Big Ten. He led Purdue to bowls each of the last two years, something the program hadn?t done since 2006-07. But inconsistent play and declining attendance doomed Hope.

Hazell will be Purdue?s first minority coach in football or men?s basketball, as he takes over a program that?s headed to play Oklahoma State in the Heart of Dallas Bowl after a 6-6 season. Hazell also would be the fourth minority coach in Big Ten history, joining Dennis Green and Francis Peay at Northwestern and Bobby Williams at Michigan State.

Kent State has a history for producing coaches. Don James was a standout coach for the Golden Flashes before going to Washington. Nick Saban, Gary Pinkel and Lou Holtz all played at Kent State.