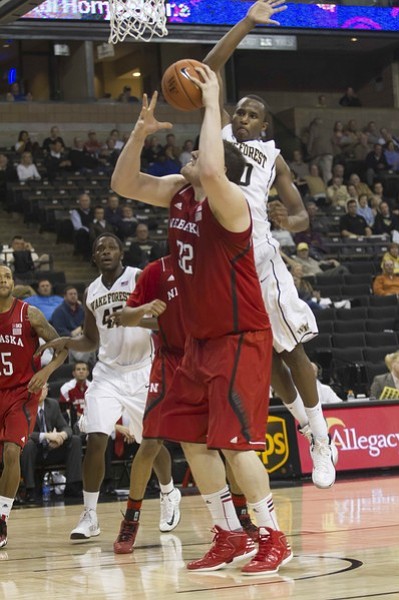 Ray Gallegos scored 20 points and made a career-high six 3-pointers to lead Nebraska to a 63-51 victory over Southern California on Monday night. The Cornhuskers (6-1), off to their best start since 2008-09, led by as many as 20 points in the most lopsided game in the four-game series with the Trojans.

Dylan Talley, who made three 3s, finished with 14 points.

FINAL: Ray Gallegos scored 20 points to lead Nebraska to a 63-51 win over USC on Monday at Bob Devaney Sports Center in Lincoln. After going into the break with momentum, Nebraska (6-1) kept its foot on the gas to start the second half. With the game tied 25-25 the Cornhuskers unleashed a 19-2 flurry to take a 17-point advantage in the middle of the second half. Nebraska also got a double-digit effort from Dylan Talley, who scored 14.

HALFTIME: Nebraska and USC were tied at 22 before the Cornhuskers went on a 11-3 run to break things open and take a 33-25 lead into halftime. Nebraska led 12-7 when the Trojans went on a 9-0 run to take a four-point lead. The Cornhuskers hit six threes in the first half, shooting 67 percent from deep. Nebraska's Ray Gallegos had a big first half, with 11 points. Eric Wise is putting together a nice game so far for USC. The senior has five points.