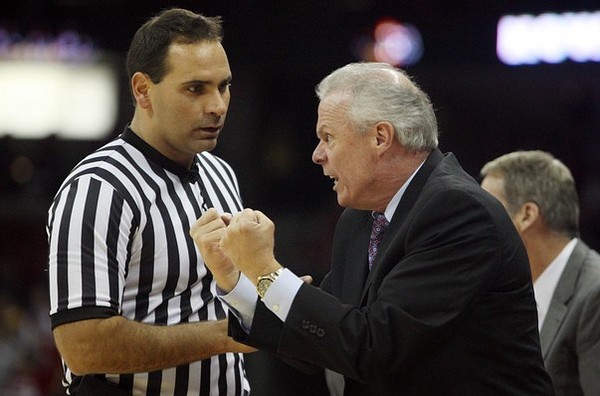 Wisconsin used first-half runs of 14-0 and 12-0 to take control and put together an 11-0 run early in the second half as it cruised past previously unbeaten California 81-56 on Sunday. Four Wisconsin players scored in double digits. Ben Brust led the Badgers (5-3) with a season-high 22 points. Jared Berggren had 18 points, Ryan Evans 13, and Sam Dekker added 10 points for the home team.

FINAL: Ben Brust scored 22 points and Jared Berggren added 18 points as they teamed up to lead Wisconsin to an 81-56 victory over California on Sunday at the Kohl Center in Madison. Wisconsin (5-3) shot 53 percent from the field (30-of-57).

Allen Crabbe had 25 points and knocked down 8-of-15 shot attempts for California (6-1) in the game. The Golden Bears struggled from the floor, shooting 39 percent (18-of-46). California went 17-of-26 from the charity stripe as a team (65 percent). More California scoring came from Justin Cobbs, who scored 11. With the loss, the Golden Bears' six-game winning streak came to an end.

HALFTIME: Wisconsin will start the second half against California with the advantage after a first period with five lead exchanges ended at 37-24 in its favor. T

he Badgers trailed 6-5 when they broke out for a 14-0 run to overtake the Golden Bears and seize a 13-point lead. California put the clamps on Wisconsin's three-point game (3-of-13, 23 percent from long range), while the Badgers shot 67 percent in the first half on two-point field goals. Ben Brust led the way for Wisconsin in the first half, with 12 points. The Golden Bears' Allen Crabbe already has 12 points.